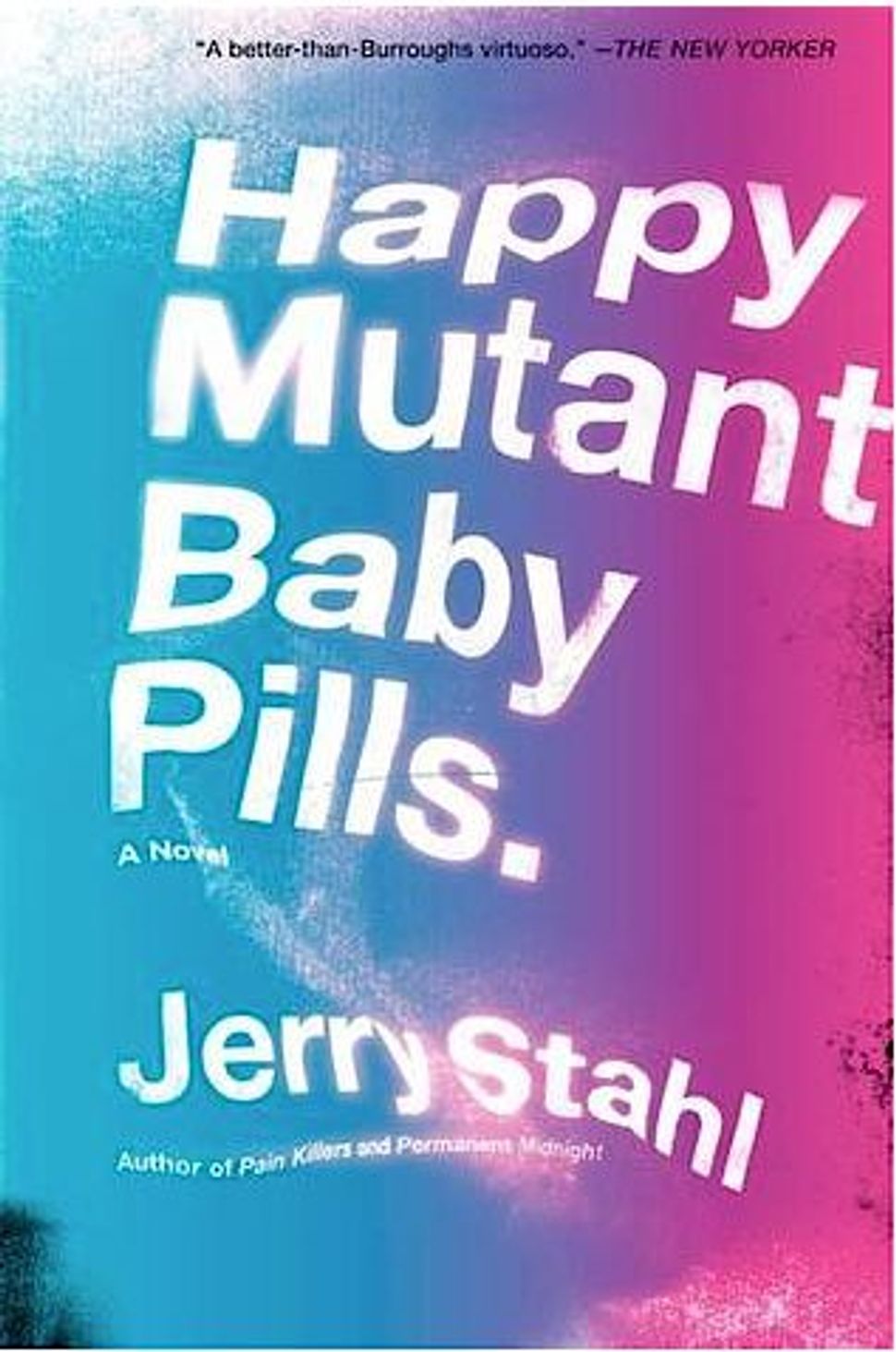 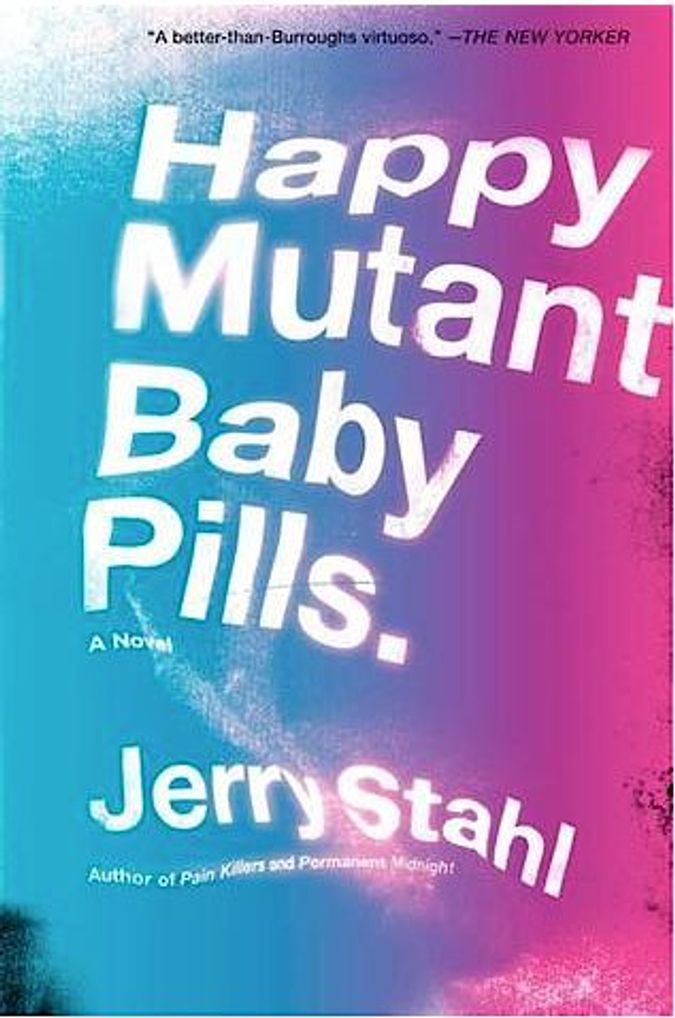 The narrator of Jerry Stahl’s new novel “Happy Mutant Baby Pills,” has a serious case of unrest. Lloyd earns his living writing pharmaceutical copy — specifically, disclaimers for the side effects of various drugs. He’s also got a fairly severe heroin habit, and possesses a general sense of detachment from the world.

Lloyd is a particularly deadpan narrator. He’s bleakly funny, world-weary, and appropriately candid. Stahl (and, through him, Lloyd) is handy with a turn of phrase, as in a pastor who makes reference to the “withered as the dugs of Satan.” Late in the novel Lloyd notes that one character “looked exactly the same, except for missing an arm.” In the novel’s lengthy prologue, he says that years of drug use occasionally affect his sense of time, and warns the reader that “I used to write greeting cards. Sometimes I relapse.” Thankfully, those nods to cliché manifest themselves as the bleakest of comedy — something this satirical, occasionally transgressive novel has in abundance.

Lloyd is savvy enough to come up with the perfect reference for nearly every situation, from nods to Nick Tosches’s similarly harrowing body of work to Graham Greene’s “Our Man in Havana” to Katherine Dunn’s “Geek Love.” Curiously, there is one instance where Lloyd barely acknowledges a cultural reference point: the discovery of a character with a name echoing Fernando Pessoa, author of “The Book of Disquiet.” Is Stahl paralleling Pessoa’s account of one writer’s flights of fancy from his day job, and contrasting those idle thoughts with Lloyd’s journey from frustrated writer to outlaw?

The illegal life may come easily to someone used to doublespeak and cover-ups. Lloyd is, however, smart enough to know a film noir setup when he sees it. Not long after he meets Nora, a strikingly attractive younger woman, he makes a reference to “Double Indemnity.” Following his self-consciously baroque introduction, the first half of “Happy Mutant Baby Pills” follows a knowingly noir trajectory, in which a down-and-out protagonist meets a mysterious woman, a crime is committed, and the fallout spreads.

In this case, Lloyd is on a bus headed out of Tulsa, where his previous job writing for a Christian dating website called Christian Swingles ends when a heist planned with two of his co-workers goes wrong. Tattooed and bearing tales of the people who’ve wronged her, Nora convinces Lloyd to commit an act of violence on her behalf — albeit with that most horrifying of weapons, a paper clip.

It’s Nora who emerges as the novel’s most complex and frustrating character — revenge-driven femme fatale one moment, delusional sociopath the next. As with Lloyd, her addiction fuels some of those inconsistencies, though her character walks a fine line. Once Lloyd and Nora have arrived in Los Angeles, their lives become intertwined with the Occupy movement, and the novel takes on a more politicized tone. Admittedly, some of this comes from Nora’s propensity for anti-corporate speeches, which — given her substance abuse — may not be intended to be taken at face value.

Lloyd’s history with drugs’ side effects and Nora’s intense convictions converge as the novel moves into its second half, shifting from noir to a kind of body horror. This is where things get wrenching, and where Lloyd’s relative amorality collides with Nora’s penchant for righteousness. That collision prompts a series of uneasy compromises, which in turn become more complex when elements of Lloyd’s old life in Tulsa re-emerge.

It may be that “Happy Mutant Baby Pills” is flat-out satire; it may be about the price we pay in order to have convictions in this day and age. Nearly all of the novel’s characters must pay some sort of a toll by book’s end, and seemingly essential relationships wind up dynamited. As Lloyd notes near the end of the novel, he’s “a survivor, not a martyr.” Whether that’s an enviable characteristic, or one deserving of pity, will depend on the reader.