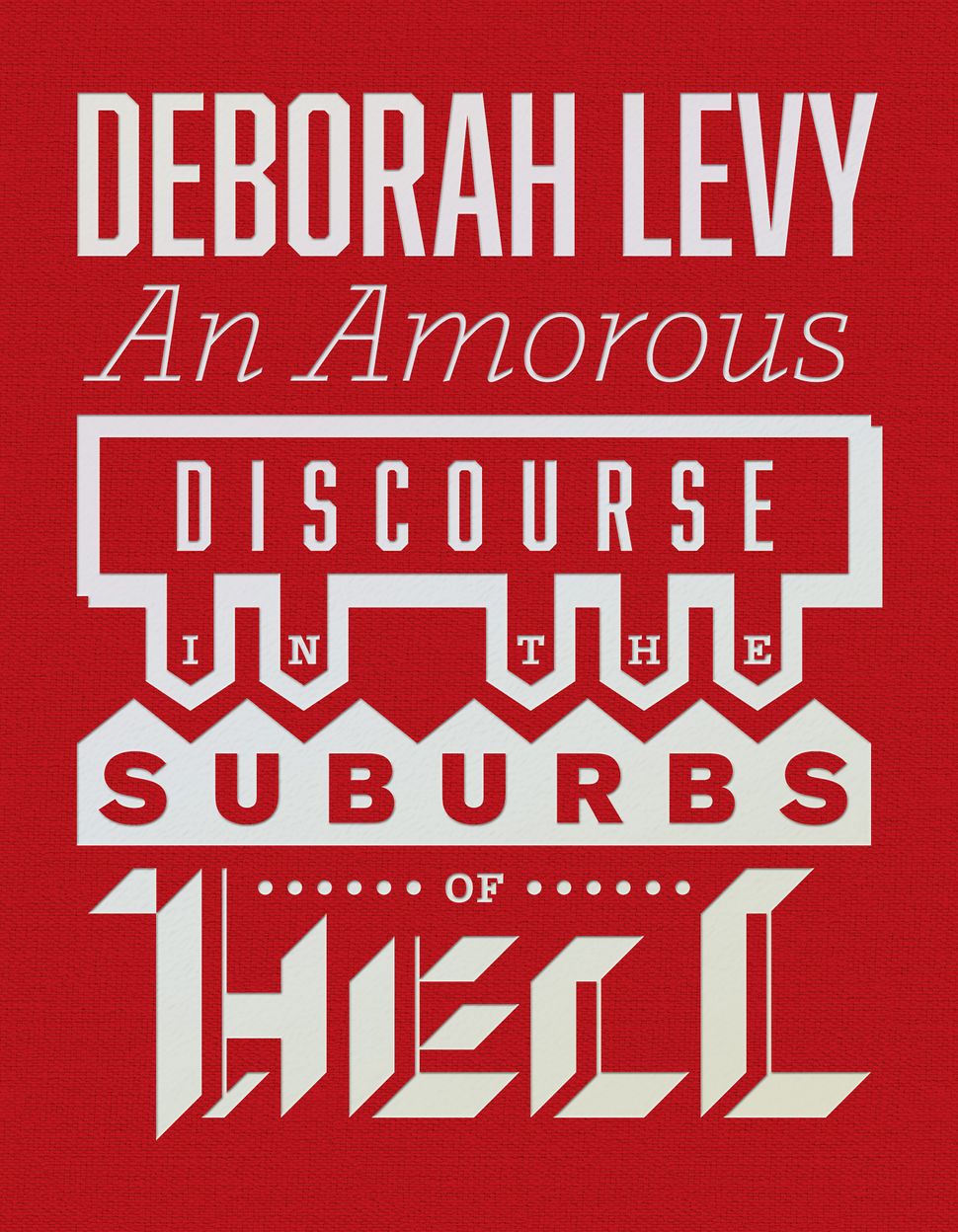 An Amorous Discourse in the Suburbs of Hell
By Deborah Levy
And Other Stories, 96 pages 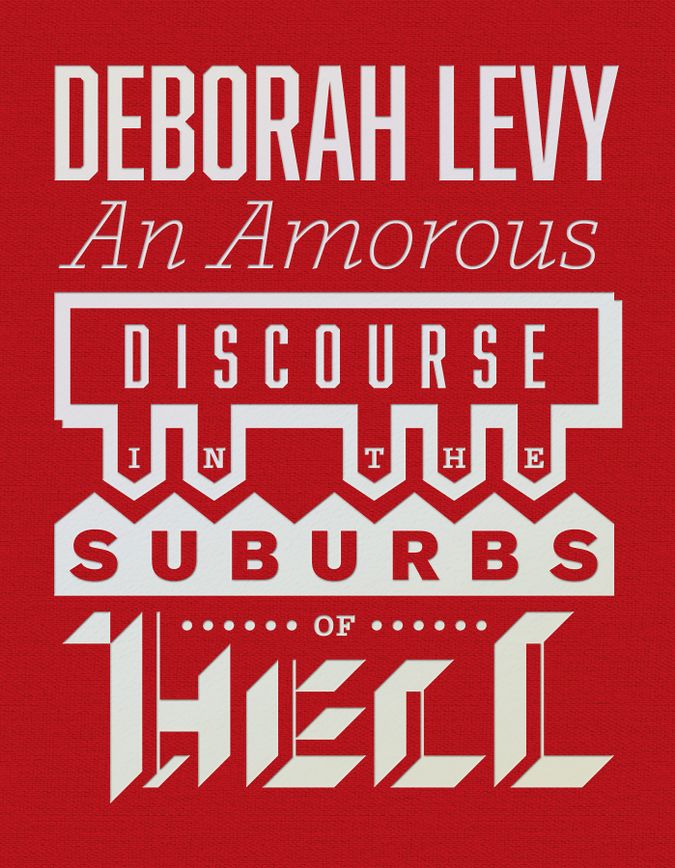 Whether writing with barely suppressed rage or achieving a brisk comic pace, the writing of Deborah Levy rarely lets the reader grow complacent. Her earliest novels, “Beautiful Mutants” and “Swallowing Geography,” channeled Thatcher-era fury through surrealistic modes and landscapes. Her 2011 novel “Swimming Home,” shortlisted for the Man Booker Prize, worked in a more realistic vein, but left the reader no less unsettled, as Levy slowly revealed the buried secrets and repressed tension in the hearts of her central characters. It was the sort of novel the reader knew would end unhappily; the tension stemmed from the how, not the why. Levy deals with grand themes in unexpected ways, and her latest book (in a manner of speaking) addresses this head-on.

“An Amorous Discourse in the Suburbs of Hell,” a long poem in dialogue, was first published in 1990, and has been revised for this edition. There’s a short reference to smartphones; otherwise, this fable of suburban disquiet and divine intervention achieves a largely timeless tone. Our two speakers, “He” and “she” — which also reflects the use of capital letters in their dialogue — are, respectively, a man working as an accountant and residing in the titular suburbs and an angel, “wonderful and winged and leaking,” who hopes to save him by bringing him out of the familiar and into the wider world. Their dialogue is a verbal tug-of-war, opening with the man gazing upon the angel, describing her in (literally) glowing terms, then posing a crucial question: “Who are you / Anyway?”

Yet from the stuff of grand romances emerges a dialogue obsessed with minutiae. While “He” is a more familiar type, aware of his repression and frustration yet unable to work up the nerve to leave a comfortable life, each one takes turns picking apart the other’s character. “i saw your schoolboy bible / tucked in a corner / you have an uneasy relationship with god / could be interesting,” notes “she.” When the angel reveals the origins of her desire for this particular man, it stands as one of the most bravura sections of the book, a confession and a statement of aesthetics. And yet the man’s response undercuts the grandness: “Sounds like hard work / To me.” That give-and-take is comedic yet laced with sadness, the underlying tension between the two suggesting that this love might not make it past the stage of discourse after all.

Levy’s characters find their comfort in the small moments — though for a man and an angel, what counts as a small moment differs wildly. This poem is able to find moments of light comedy and ponder everyday moments of bliss and satisfaction; that it’s able to balance the two so nimbly is no small achievement. And ultimately, the tension between these two modes gives the work as a whole an abundant energy, echoing and reinforcing its central conflict, and balancing the sacred and the mundane.