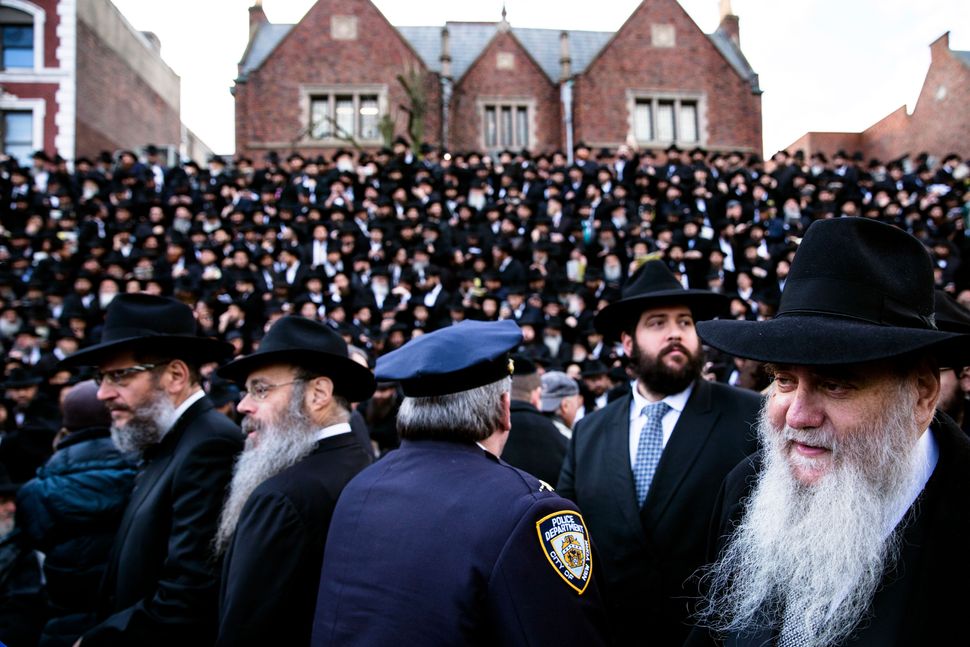 A Holy Place: Rabbis prepare to pose a group photo, part of the annual International Conference of Chabad-Lubavitch Emissaries, in front of Chabad Lubavitch World Headquarters November 19, 2017 in Crown Heights. By Getty Images A view onto Eastern Parkway through a stained glass window at Chabad headquarters. Photo by Andrew Silverstein The Kfar Chabad near Tel Aviv duplicates the original design brick-by-brick inside and out. Photo by Robbins/Becher

This replica of 770 gains space by repeating the front façade. Photo by Robbins/Becher

A 770 replica in Sao Paulo, Brazil Photo by Robbins/Becher

A tall, skinny 770 replica in Buenos Aires. Photo by Robbins/Becher

770 in Melbourne, Australia Photo by Robbins/Becher In the mid 1930s, a Jewish medical doctor, S. Robert Kahn, commissioned the respected architect Edwin Kline to build him a private residence and clinic on Eastern Parkway, then home to affluent assimilated Jews. Photo by Andrew Silverstein