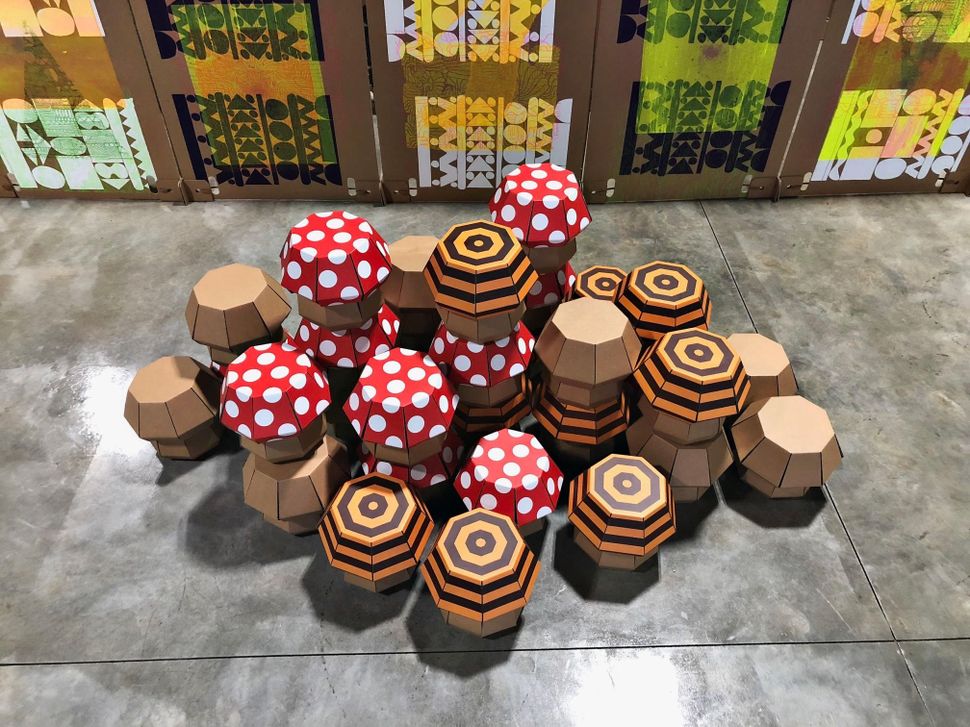 Fifty years ago, the famous one-word life advice given to Dustin Hoffman was “plastics.” If and when there’s a remake of The Graduate, expect an older sage to put his arm around the young hero and whisper, “Recyclables.”

Since 1967, the year The Graduate was released, the promise of plastic has turned into an enormous problem. Among other issues, it’s overflowing from landfills around the globe and causing serious harm to marine life. Which is why this year Earth Day is addressing that issue head-on with its theme: “End Plastic Pollution.”

The good news is that we can learn how to reduce our reliance on plastic and have some fun at the same time. This Earth Day, in Downtown Brooklyn, City Point and Free Arts NYC will install a gigantic, 100% recyclable maze featuring art by Broad City animator Mike Perry. You can experience the maze — and its unique combination of art, adventure, and environmental awareness — at City Point on Saturday, April 21st, 2:00pm to 7:00pm, and Sunday, April 22nd from 12pm to 5pm. Best of all, it’s open and free to the public.

BKLYN’s Biggest, Baddest 100% Recyclable Maze is a 729-square-foot labyrinth constructed entirely of cardboard. It was created by Korean Corner USA, which holds the Guinness World Record for the world’s largest cardboard structure.

The maze is just one part of an entire weekend of environmental awareness and family fun. City Point is hosting host a scavenger hunt in the maze with prizes. There will be art project stations highlighting sustainability, and a BKLYN KIDS pop-up shop on Saturday from 11:00 am to 7:00 pm, co-hosted by style maven Andrea Linett and Candice Miller of the hip blog Mama & Tata. Brooklyn SolarWorks will demonstrate the myriad uses of solar energy for families, from powering toys to recharging cell phones.

For 48 years — about as long as The Graduate has been around — Earth Day has been an opportunity to have some fun while learning practical ways to heal the environment. This year come celebrate and learn with us at City Point, where you can experience BKLYN’s Biggest, Baddest 100% Recyclable Maze while learning how to be gentler to our planet.