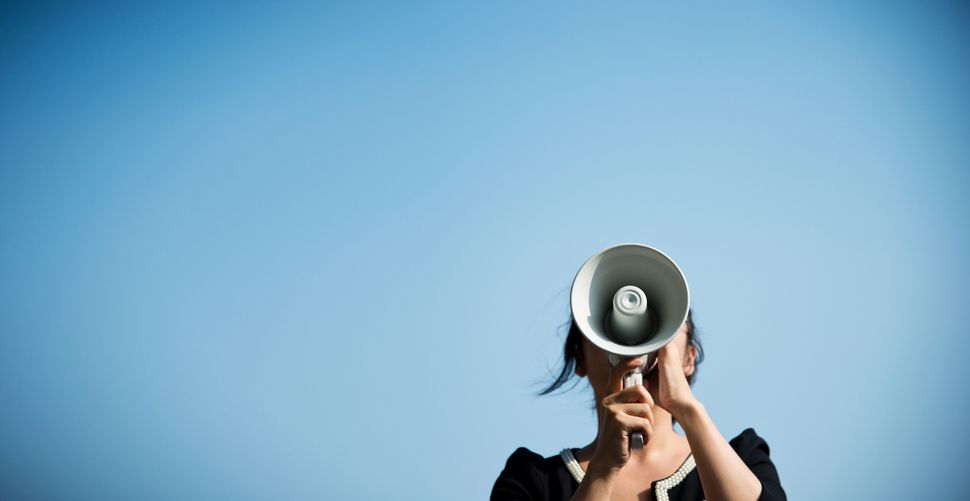 With the rise of #MeToo, our nation and institutions are at long last doing some of the difficult work of recognizing — and responding to — how deeply pervasive sexual violence and harassment are. But what we need to do is recognize some of the physical and social impacts of this issue.

The Jewish community hasn’t been exempted from the new transparency on abusive and sexist practices. Devastating examples have come to light involving Jewish men and Jewish women in both secular and Jewish spaces. In the past year, we’ve cringed to learn how much sexual pressure and violence young women face on Birthright Israel trips, and read about predatory behavior by some of the community’s most prominent influencers, from academics to philanthropists.

Let’s take a moment to recognize those who have stood up and spoken out to get us this far. Let’s applaud the brave women, upstanding men, whistle blowers, community leaders and everyone making sure the issues surrounding #MeToo and #GamAni (Hebrew for “me too”) are no longer ignored.

Health And Harassment: The Clear Impact

As researchers delve deeper, they’re creating a body of research connecting workplace harassment to negative health outcomes. Among those making strides here is Dr. Rebecca Thurston, director of the Women’s Behavioral Health Laboratory and professor of Psychiatry, Psychology and Epidemiology at the University of Pittsburgh. Earlier this year, the Washington Post reported on one of her recent studies, which found that experiences such as sexual harassment can affect the cardiovascular system, leading to reduced heart and blood-vessel function.

Back in 1993, an early study in the Journal of Vocational Behavior, “Consequences of and Coping with Sexual Harassment” (by Barbara Gutek and Mary P. Koss), demonstrated that survivors of workplace harassment often suffer physical symptoms like headaches and gastrointestinal disorders. That was two years after Anita Hill’s testimony focused public attention on workplace harassment and the abuse of power.

In 1995, a team led by Louise F. Fitzgerald published a study called “Antecedents and Consequences of Sexual Harassment in Organizations,” followed by a 1998 study that took a close look at sexual harassment in academia. It found “direct and indirect health effects, including nausea and sleeplessness, loss of self-esteem, fear and anger, feelings of helplessness and isolation, as well as nervousness and depression.”

One study led to another. In 2008, a study of union workers in Boston found a significant correlation between sexual harassment and elevated blood pressure.

A 2015 study led by epidemiologist Dr. Jagdish Khubchandani found that those who experienced sexual harassment in the past 12 months had significantly higher odds of having experienced pain disorders within the past three months. These pain disorders included headaches, lower back pain and neck pain, as well as the prevalence of ulcers.

The health effects are clear.

All of Us Can Help Shift Norms

In the Jewish community, some women worry that reporting harassment will put Jewish organizations in a negative light, will be “bad for the Jews.” Add this to a mentality that the greater good should come first. “Nonprofit organizations, political campaigns, social justice movements and theater productions, among others, are at risk for creating an environment where the goals are so important, the work so heady, that those who suffer the heavy weight of misogyny or prejudice in such environments are prompted to silence their outrage for the greater good,” writes Lilith Magazine editor Susan Weidman Schneider.

American law categorizes sexual harassment as a form of sex discrimination that violates Title VII of the Civil Rights Act of 1964. But the huge chasm between law and practice, between norms and outrage has created a hostile environment that is only now starting to change, creating environments where reactions to such behavior are far swifter than before.

As scientists continue their much-needed research into the long-term health hazards of harassment — and how to help women stay healthy — our institutions and workplaces must take an active role in establishing clear protocols and comprehensive trainings. 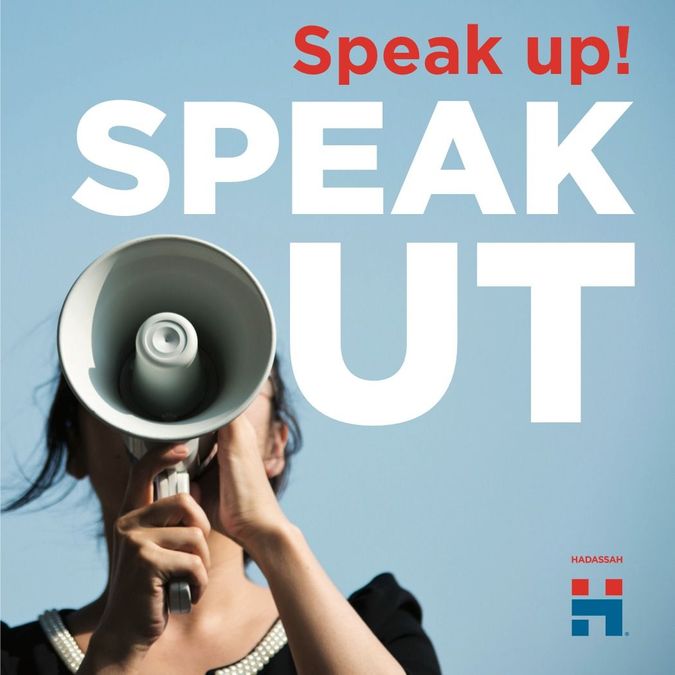 Every leader must check that the organization they lead has protocols and processes in place — every employee can ask what they are. During this year’s mandatory staff training at our New York-based nonprofit, several asked thoughtful questions for clarity. This is why these trainings are so important — to help us understand our responsibilities, to really understand what’s appropriate and to know what to do when a complaint surfaces.

Every woman — every person — has the right to work, volunteer and study in an atmosphere free of harassment and assault, places with clear and comprehensive policies, complaint procedures and disciplinary guidelines that will result in taking prompt and effective action to address and correct any incidents of sexual harassment and assault.

Each of us must do our part. We must be Upstanders, not bystanders.

We cannot – and must not — stand idly by.

Hadassah, the Women’s Zionist Organization of America, is the largest Jewish women’s organization in the United States. With 300,000 members, Associates and supporters, Hadassah brings Jewish women together to effect change. In 2016, Hadassah founded and convened the Coalition for Women’s Health Equity, a 28-member coalition focused on raising awareness and advocating for policies to address women’s health disparities.