An excerpt from Unstoppable 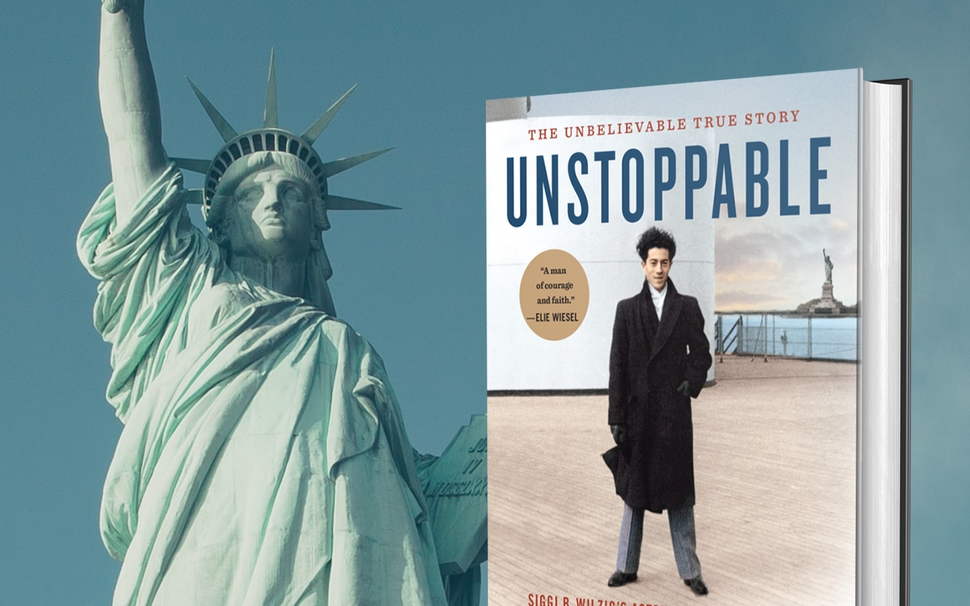 The Forward presents a chapter from the much-anticipated release of Unstoppable, the riveting biography of Siggi B. Wilzig, who emerged from the horrors of Auschwitz to become one of America’s most successful, philanthropic and unstoppable personalities. 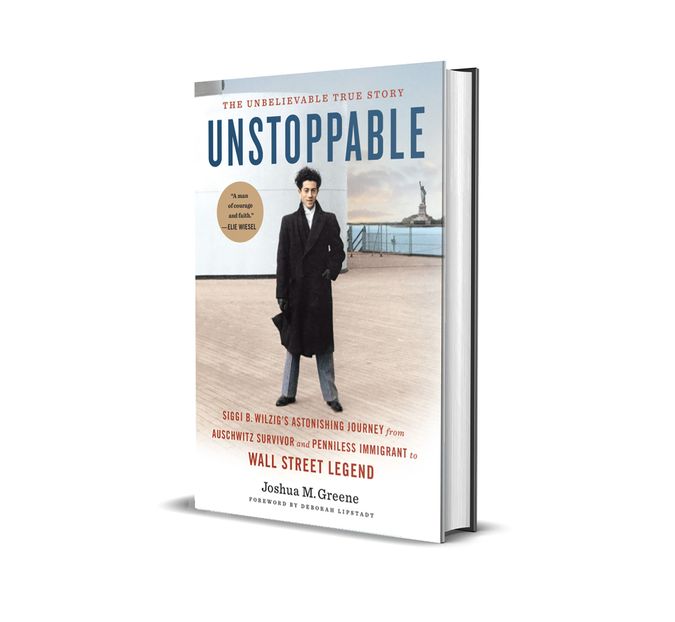 On June 29, 1975, more than eight hundred guests in their best formal attire assembled in the grand ballroom of New York’s Waldorf Astoria to attend the State of Israel Tribute Dinner for Siggi B. Wilzig, an event that would prove to be a fundraising milestone for Israel Bonds.

Siggi circulated from table to table, greeting guests, checking to see that everyone was comfortable and pausing to shake hands with Fenwick Hill Garvey, executive vice president of John J. Ryan Investment Bankers, and Roy Weledes Jr., vice president of Manufacturers Hanover Trust. Weledes, a prominent banker and non-Jew, liked Siggi and respected how many hurdles he had overcome to succeed in the restricted world of commercial banking.

Auschwitz survivors were in attendance as well, including Larry Nartel, head of TCNJ’s purchasing department, and Joseph Bukiet, a major real estate developer. Executives from Siggi’s companies had tables of their own at the front of the room, with TCNJ executives leaning over their chairs to chat with executives from Wilshire Oil Company. A tenpiece orchestra played, and couples danced.

People took their seats, filling nearly one hundred tables in the hotel’s grand ballroom. At one end of the room, six American flags and six Israeli flags adorned a raised platform. In front of the flagpoles, two tables for speakers and VIPs extended sixty feet across the platform, each table covered with a white linen cloth and set with Waterford crystal and Limoges china. At a podium positioned between the two long tables, the dinner chairman, Thomas Lynch, stood waiting for the room to quiet. To his right, in a sharply tailored tuxedo, sat the evening’s honoree, Siggi B. Wilzig. The room fell silent.

“A young survivor of the horrors of Auschwitz and Mauthausen,” began Lynch, “a man who later served in US Army Intelligence, now aged forty-nine and our guest of honor this evening, Siggi Wilzig is the youngest chairman and president of any major bank in New Jersey as well as chairman and president of Wilshire Oil Company of Texas. His Midas touch has grown the oil company’s revenues from $1 million to $30 million in ten years and elevated the bank’s assets from $180 million to $316 million …”

“How he manages to run his multifaceted financial empire and still have time for philanthropic and community activities is phenomenal,” Meyner exclaimed.

Siggi sat on the boards of the National Israel Bonds Cabinet, Congregation Adas Israel, the Hillel Academy, the Daughters of Miriam Center for the Aged in Clifton, and the Jewish Hospital and Rehabilitation Center of New Jersey, among others. It was no coincidence that two of the boards he chose to join focused on the health and happiness of senior citizens. Siggi lost both his parents at an early age: he was powerless to keep them from being murdered. Now, from a position of power and wealth, he helped as many elderly people as possible.

Meyner sat down and Israel’s Deputy Ambassador Mordechai Shalev called Siggi to the podium and presented him with the Prime Minister’s Medal. Israel’s Prime Minister Yitzhak Rabin had been scheduled to make the presentation personally, but tensions with the Arabs had kept him in Israel. Ambassador Shalev read the inscription into the microphone: “For dedicated service as a humanitarian, champion of brotherhood, and friend of Israel.”

Guests rose to their feet and applauded. Some called out his name, others shouted “Bravo!” Siggi paused and looked out at the vast ballroom, casting a solemn calm over the audience, and people sat. He adjusted the microphone and began by thanking his hosts, expressing his love for Israel, and extending his gratitude to family, friends, and coworkers for their loyalty and support. Then he asked the audience to rise for a moment of silence.

“We stand,” he explained, “for the millions of Jews who died in the Holocaust and for the many Righteous Gentiles who died alongside them. We stand particularly for more than one million Jewish children who were murdered, nearly all of them under the age of twelve.” The room went still. After a moment, he asked them to be seated.

“I’m not liberated,” he told the audience. “I’m in Auschwitz every day.” That sent a chill through the ballroom, but those who knew him were not surprised by the admission. Siggi exorcised his demons by revealing them to the world. Nonetheless, the evening was meant to be festive, not depressing, and he kept a careful balance in his speech, adding moments of humor and poetry where appropriate. “How can we understand such horror?” he asked his audience. “Still, I never gave up my belief in the Almighty. He may have created rats and poisonous snakes and Nazis, but He also created beautiful birds, butterflies—and for Jews the greatest miracle of all: Israel, a homeland for the Jewish people.”

When he finished his speech, guests stood and clapped, acknowledging Siggi: oil man, banker, philanthropist, entrepreneur, career maker, civic icon, leader of the Jewish community, but above all, survivor.

He thanked the audience, descended from the stage, took Naomi in his arms, signaled for a spotlight to follow, and like Fred Astaire with Ginger Rogers, spun her around the dance floor to a Viennese waltz, with the houselights dimmed and candles flickering off the mirrored walls and gloriously set tables. He whirled his wife left then right, hands extended, demonstrating for guests that his fancy footwork was not restricted to boardrooms. How far they had come from their early days together, when a vacation with their kids meant sleeping in cheap motels in the same room as their children, Ivan and Sherry. If any part of him missed those early years, it was a small part. Their todays were rewarding, and their tomorrows looked bright.

Things had been moving so fast, his ascension in business so jet-propelled, that no one seemed the least fazed by the irony of seeing Israel’s highest civilian honor bestowed on someone who had never set foot in that country.

His children would all visit the Promised Land at some time in their lives, but Siggi’s support of the State of Israel came in other ways. For instance, whenever there was a friend or family member who married, celebrated an anniversary or birthday, or sadly passed away, he donated trees to Israel through the Jewish National Fund in multiples of eighteen. In Hebrew, letters have numerical value. Chai, the Hebrew word for both life and the number eighteen, have the same numerical value. To honor smaller customers or to mark a moderately important occasion he’d donate eighteen trees; for a dear friend or for a big event, he’d donate 180 trees. For an even more special friend or larger occasion, he’d donate 360 trees, and so on. Over the years he planted many acres of trees, but he always found a reason for not going to Israel himself.

“If we are going to visit Israel,” he told his family, “first we should go to Auschwitz and Mauthausen, but that would be too long a trip. So, either we divide it into two trips, or we wait until I have enough time to do it all.” Coordinating his hectic schedule with that of his family proved impossible and, despite his best intentions, a trip to Israel never happened.

There were other reasons that prevented him from visiting the Holy Land, and first among them was lack of faith in anyone other than himself to handle an emergency at work: bank robbery, check kiting, credit card fraud, money laundering, discovery of a corrupt loan officer—banking was fraught with risks, and every risk was a threat to his personal fortune and that of the other TCNJ shareholders. Because he trusted only himself to know how to handle a crisis, proximity to his office was critical. Kutsher’s Hotel in the Catskills was acceptable: only two hours from New Jersey by car. Miami Beach was only three hours by plane. Israel, on the other hand, was a twelve-hour flight away, not nearly close enough for him to quickly respond to whatever emergency might arise at the bank.

The other reason he never made it to Israel was that, according to his understanding of Orthodox Jewish law, a Jew who sets foot in the Promised Land should not act like a tourist. He should stay there and make it his home. Despite his infinite love for Israel, Siggi saw himself as too young to retire and move there.

The Waldorf event was a great success. Out came checkbooks from purses and jacket pockets, and by the end of the evening more than $2.5 million had been raised for Israel Bonds, a record-breaking sum for the twenty-five-year-old organization.

To read more about the life of Siggi, buy Unstoppable today!

An excerpt from Unstoppable