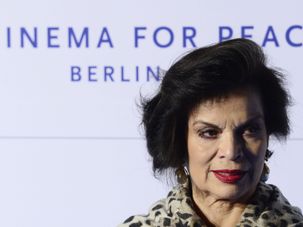 (JTA) — Bianca Jagger, a human rights activist and ex-wife of Rolling Stones lead singer Mick Jagger, apologized for tweeting a link to a neo-Nazi website and later said she was “mortified.” Jagger tweeted the link, which includes a list of British lawmakers who voted for the Iraq War, early Tuesday to her 54,000 followers….