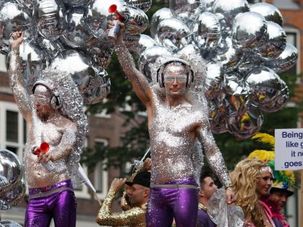 A Jewish boat debuted at the world famous Amsterdam Pride Canal Parade. Revelers included a rabbi and celebs — and vowed to battle hatred of all stripes. 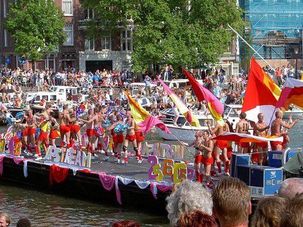 Its maiden voyage is months away and will only take a couple of hours, but the Jewish boat of Amsterdam’s annual gay parade-on-the-canals is already making international waves. 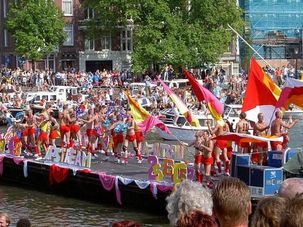 Amsterdam’s annual gay boat parade down a canal may feature a Jewish float for the first time. 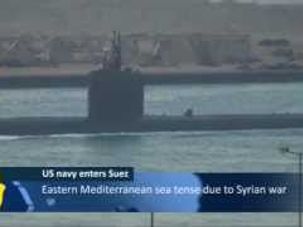