Israeli supermodel Bar Refaeli came out in favor of civil unions in a video promoting a proposed law in front of the Knesset, recognizing marriages performed outside the official rabbinate. 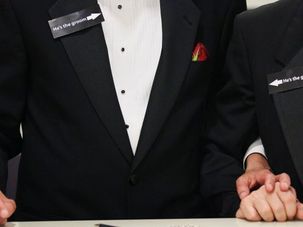 A vote scheduled for today on civil unions in Israel has been put off indefinitely, Justice Minister Tzipi Livni said on Sunday.