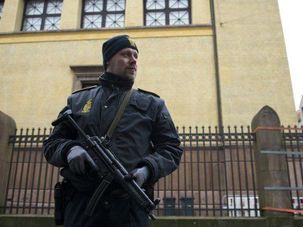 A 17-year-old Danish girl charged with planning to bomb a Jewish school was allegedly inspired by the terrorist who killed a synagogue security guard. 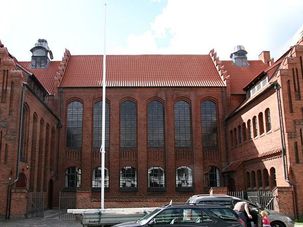 A Copenhagen church was vandalized in an anti-Semitic event hours before a rabbi was scheduled to speak there. 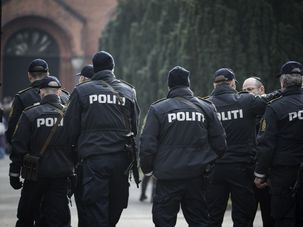 On Valentine’s Day, two weeks after his release from prison, Omar Abdel Hamid El-Hussein walked up to a Copenhagen cafe hosting a debate on freedom of speech and sprayed it with bullets. 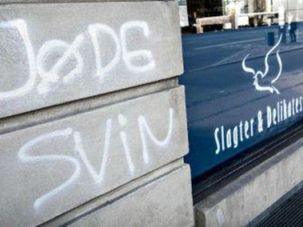 A Jewish deli and kosher supermarket in Copenhagen was vandalized. 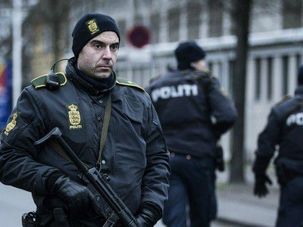 The bat mitzvah girl whose celebration in Copenhagen ended abruptly after the shooting death of a volunteer synagogue guard was feted in Israel.

More than 1,000 people formed a peace ring around a Copenhagen synagogue that came under deadly attack last month. 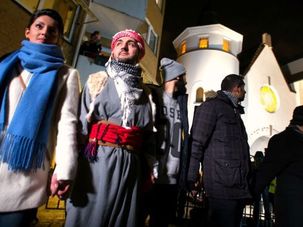 Danish Muslims can create a peace ring around a Copenhagen synagogue that came under a deadly attack, the city’s police said after originally refusing the request. 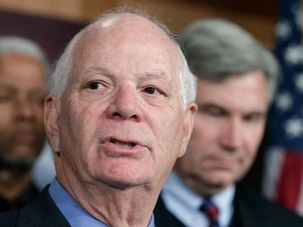 U.S. Sen. Ben Cardin was named the special representative on anti-Semitism and intolerance for the 57-nation Organization for Security and Cooperation in Europe’s Parliamentary Assembly. 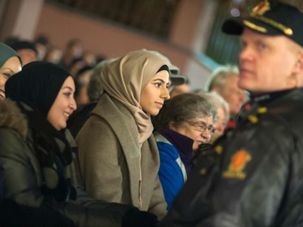 Copenhagen police denied a request by Danish Muslims to create a peace ring around a city synagogue that came under a deadly attack. 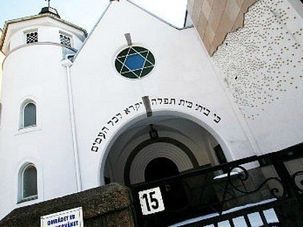