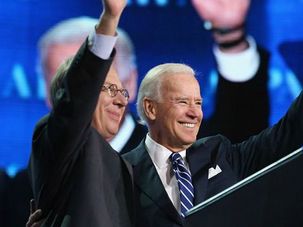 Imminent threats threading through the rhetoric at AIPAC conferences is hardly new, but this year’s alarm raising had a unique wrinkle: In addition to the prospect of a nuclear Iran, the other danger targeted by the pro-Israel lobby was domestic – sequestration. 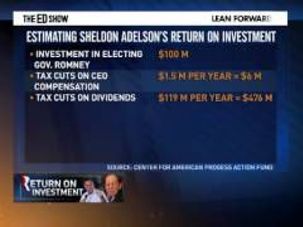 Sept 11, 2012 Sheldon Adelson has vowed to donate up to $100 million to defeat President Obama in November. A new study Center for American Progress Action Fund finds that if Mitt Romney’s tax plan was put in place Adelson could get up to $2 billion in tax cuts. Ed Schultz breaks down the numbers.

The Jewish community wasn’t entirely unhappy when talks collapsed for a deficit deal that would have included harsh cuts. Then they realized across-the-board cuts would do damage, too.