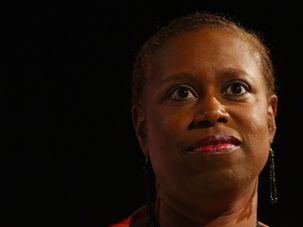 (JTA) — A former Georgia congresswoman claimed in a tweet that Israel is responsible for recent terror attacks in France and Germany. Former Georgia Rep. Cynthia McKinney tweeted Saturday night: “Same Israeli photographer captures Nice and Munich tragedies. How likely is that? Remember the Dancing Israelis?…” The tweet includes a link to a video about…

A former member of Congress who has had a famously combative relationship with the Jewish community is jumping into the presidential race. Former Rep. Cynthia McKinney — a former Democrat formerly of Georgia — has announced her intention to run for president with the Green Party. She made her announcement via video:

Will McKinney Attempt a Green Comeback?