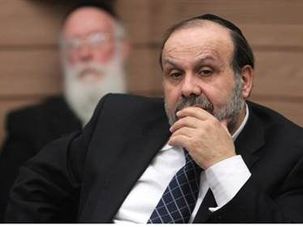 Bias Against Non-Orthodox Has Deep Roots in Israel

Israeli Religious Services Minister David Azoulay — from the haredi Shas Party — drew a wave of backlash earlier this week when he said that Reform Jews aren’t Jews. Among those who spoke out against the minister was Prime Minister Benjamin Netanyahu.

The Jewish Agency for Israel and the Israeli Prime Minister’s Office will convene a roundtable of representatives from Jewish religious movements and government ministries to address the movements’ concerns.

Israel Minister Not Sorry for 'Sinner' Slur Against Reform Jews