On Co-opting the Word 'Girl'

“Hey Gurrrlll, how you doin’?” Part Brooklyn homegirl, part Wendy Williams, it’s the way I’ve lately greeted my nearest and dearest girlfriends. I’m going for affectionate and ironic — what with it coming out of the mouth of a white woman edging into middle age, even if as a naturalized citizen of Brooklyn I can stake some legitimate claim to Brooklyn-ese. 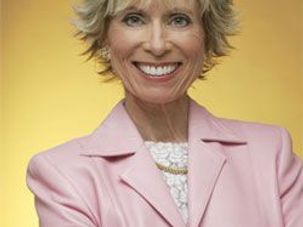 On Dr. Laura's Tirade — and Her Defection From Orthodoxy

Dr. Laura Schlessinger, the heavy-handed conservative radio host, is in the news for using the n-word 11 times during her Tuesday show. Schlessinger told an African-American woman, who is married to a white man and who called in for advice about dealing with her in-laws’ racist remarks, that if she doesn’t have a sense of humor, then she should not “marry outside your own race.”