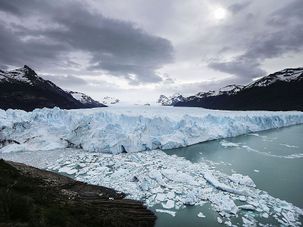 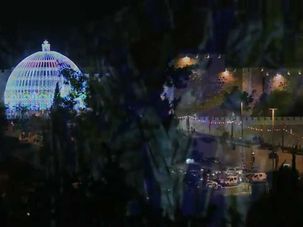 www.israel.org The magic of light meets the spirituality of Jerusalem’s Old City at the fourth annual Light Festival. A quarter million tourists and Israelis were greeted by “Welcome to the Holy City” signs as the sky grew dark and the lights came up on the Jerusalem Light Festival (http in June. The fourth annual festival was the biggest yet, featuring a dozen Israeli light artists as well as others from France, Portugal, Italy, Germany, England, Holland, Britain and Estonia. They displayed breathtaking light sculptures, interactive video presentations, musical exhibits, street performances, fire shows and large projections, as well as music and movement throughout the Jewish Quarter, Moslem Quarter and Armenian Quarter in the Old City. Among the performers was William Close, who played a giant Earth Harp. “There are only 20 of them in the world, and to bring this instrument to Jerusalem and to share this art with the people here has been really uplifting and very powerful,” says the musician. “Light is something very magical, very spiritual, [and] then when you think about Jerusalem, of course there is a lot of symbolic and religious meanings in the city,” says one visitor. Visit the MFA’s Social Media Channels: Facebook - www.facebook.com www.facebook.com Twitter - www.twitter.com www.twitter.com Find us on Instagram: @IsraelMFA @StateofIsrael Please creadit the MFA for any use of this video. 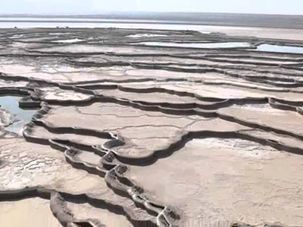 The Dead Sea For New 7 Wonders

The Dead Sea is unique not only because it is the lowest point on Earth, but also because it is filled with natural treasures, with zoological and botanic riches and because the region has witnessed remarkable historical events.