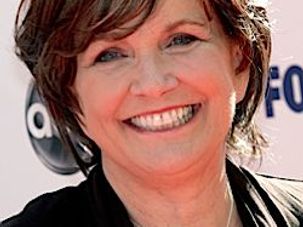 Elizabeth Edwards died of breast cancer this week — a disease that disproportionately affects Ashkenazi Jewish women. Edwards left legions of admirers and readers devastated. While she was (unfortunately) most recently in the headlines for her husband’s sordid affair, the quality that most inspired the public devotion and fascination for Edwards was her honesty about the tragedies that befell her — the death of teenage son and her own cancer diagnosis, long before she faced John’s infidelity.

Did Elizabeth Edwards' Zaftig Figure Play Into Her Saintly Image?

Elizabeth Edwards’ appearance, specifically her zaftig figure, may have played into her saintly reputation, which is only now taking a beating in the wake of the publication of John Heilemann and Mark Halperin’s “Game Change.” In this delicious excerpt, published in New York magazine, Heilemann and Halperin write: