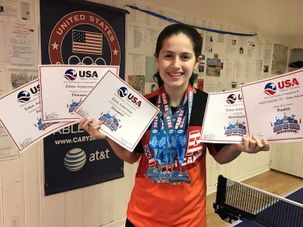 Estee Ackerman, who won the women’s division at the 2018 Table Tennis U.S. Open, has asked for a rescheduling of the matches.

Estee Ackerman, is among the top 30 young female players nationwide and says Jews should take pingpong seriously - not just as a Shabbat diversion. 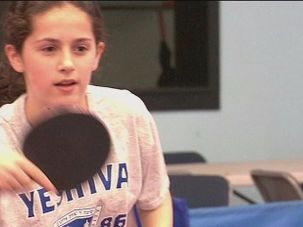 An Orthodox Jewish teen from suburban New York City came up short in her bid to make the U.S. Olympics table tennis team and did not compete in the trials on Shabbat.