Soon after she assumed the stage during a recent performance in Washington, Flory Jagoda, 90, lit a candle. ‘Sephardic women always believed in light, in a candle,’ she told the audience. 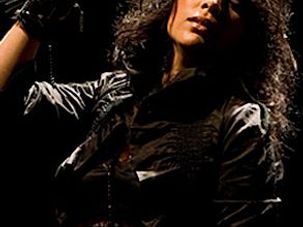