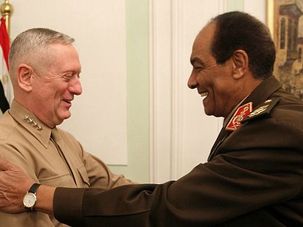 James Mattis is not the first general to voice concern about the impact of Israeli policies and U.S. support for Israel on American security interests. 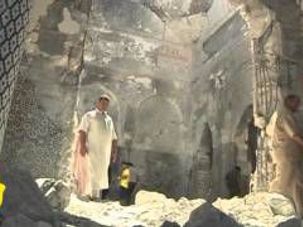 The Israeli military’s intelligence chief is warning that war may be on the horizon between Israel and its neighbours as the region becomes less stable and more hostile. Major General Aviv Kochavi points to the rise of political Islam following the Arab Spring uprisings, saying revolutions as well as regional and internal crises have led to an environment where violence could flare without warning. The region has seen dramatic changes in less than two years. In Tunisia, an Islamist-controlled parliament came to power after the country became the first to undergo a revolution. Islamists were then elected in Egypt following its revolution, while the new Libyan government has struggled to control extremist militants, who recently destroyed an important Sufi Islam shrine and a library containing important historical books. The rising instability and extremism, Kochavi says, could spell danger for Israel. And an Egyptian professor seems to be reinforcing that belief. Political science professor Gamal Zahran told Iranian television recently that the revolutions have raised hopes that Arabs will capture Jerusalem and that, “Allah willing, Israel will be annihilated.” 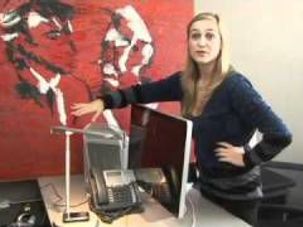 No wires: The power is in the mat

www.israel.org Millions already use Israeli startup Powermat’s wireless charging system. Soon it will be embedded in airport and office furniture, the Chevy Volt and kitchen appliances. Just five years after going into business, the small Israeli company Powermat (www.powermat.com) is revolutionizing the way people charge their cell phones and other handheld devices. The user simply places the device on a small charge pad — no cord, no plug —— and after the required charge is achieved, Powermat shuts down. Shoppers have already snatched up more than five million Powermats after Homedics distributed the units to more than 30000 US retailers. Now, to make wireless charging as widely available as wi-fi, the company is working with major makers of airport seating and office furniture to embed Powermats in their products. General Motors has invested $5 million to build in Powermat chargers between the seats of its hybrid electric Chevy Volt. The device may also one day wirelessly power the vehicle itself. Look for Powermat receivers in home appliances as well, as tangle-free charging becomes the watchword of the future. Visit the MFA’s Social Media Channels Facebook - www.facebook.com www.facebook.com Twitter - www.twitter.com www.twitter.com Please credit the MFA for any use of this video.