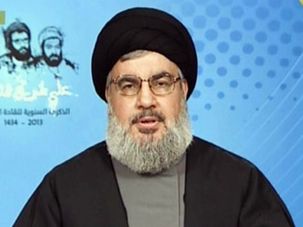 Hassan Nasrallah warned the Jews of Israel that they “will have no secure place in occupied Palestine.” 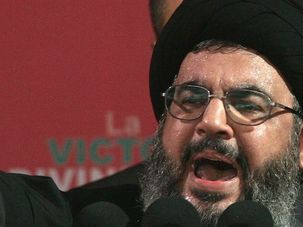 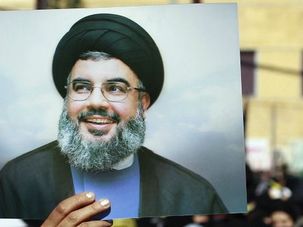 Hezbollah leader Hassan Nasrallah said Syria would respond to Israeli raids around Damascus by giving his group sophisticated new weapons, the outcome Israel said its attack was launched to avert.

Waiting for the Hurricane Of Anti-Israel Racism To Blow Over

Sooner or later the current war in Lebanon will come to an end. Israel will survive, lick its wounds, recharge its diminished energies and return, with revitalized enthusiasm, to its television shows and vacations.

After the disaster came a revamped, harder-fisted approach to fighting. Those words describe what happened at the start of this week, when a Hezbollah missile fell among army reservists at Kibbutz Kfar Giladi near Israel’s northern tip, killing 12 men. But the same words could equally describe the way the war began almost four weeks earlier, when Hezbollah gunmen succeeded in crossing into Israel and kidnapping two soldiers.

Bush Urged To Give Israel More Time for Attacks

WASHINGTON — Bucking calls in the international community for a cease-fire in the Middle East, Jewish organizations launched a major lobbying offensive in the nation’s capital this week to give Israel more time to deal a decisive blow to Islamist militants in Lebanon and Gaza.With the civilian death toll in Lebanon surpassing 200 early