A Video Message to the Ultra-Orthodox: ‘It Gets Besser’ 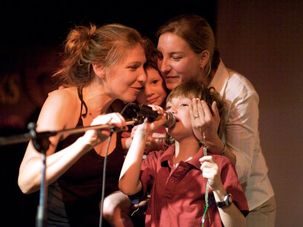 Writer and Actress Diane Flacks on How 'It Gets Better'

Diane Flacks, a Jewish actress and writer, appears in the “It Gets Better Canada,” the country’s LGBT community’s artistic contribution to the anti-bullying campaign. Flacks can be seen in the popular, 12-minute video saying, “In my son’s class, a lot of the kids say, ‘I have two moms!’ and they don’t. But they wish they did.”