An Iranian judoka confirmed what was suspected for decades — Iran told its athletes to throw matches so they would not have to face Israelis.

Saeid Mollaei was ranked number one in the world until last week when Israeli judoka Sagi Muki took gold medal at the 2019 World Judo Championships. 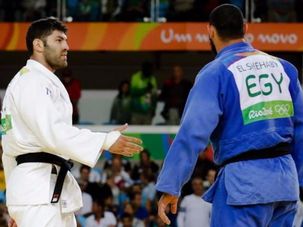 “As you can see I don’t have the flag, but my heart is always, always with the state of Israel.” 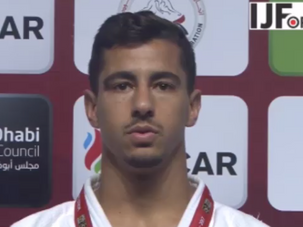 The United Arab Emirates, which hosted the tournament, refuses to recognize Israel. 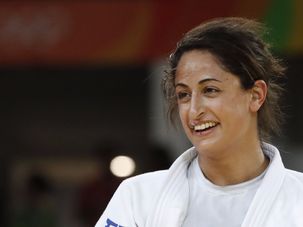 JERUSALEM Israeli judoka Yarden Gerbi, who won a bronze medal in the 2016 Rio Olympics, said she would retire from competitive judo.

(JTA) — Shlomo Rechnitz, a Los Angeles businessman, has been identified as the person who bought the Olympic name patch of Israeli bronze medalist judoka Yarden Gerbi. Rechnitz paid $52,100 for the autographed patch on eBay, pledging the proceeds to charity. He donated the money from his winning bid to the Tel Aviv Sourasky Medical Center;… 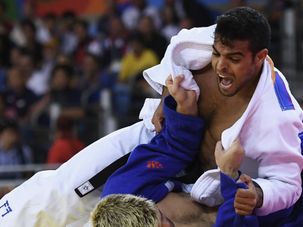 Hundreds of fans showed up at the airport to welcome Israel’s Olympic medal-winning judokas home. 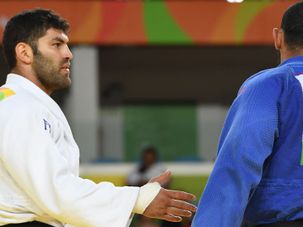 Egyptian judoka Islam El Shehaby has been sent home from the Rio Olympics after refusing to shake the hand of Israeli Or Sasson following the end of their bout. 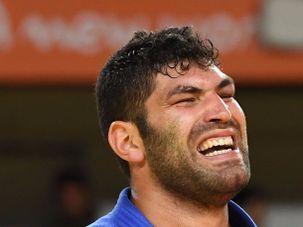 “Israel is a Judo empire,” declared Or Sasson after he and Yarden Gerbi both won bronze medals for Judo in the Rio Olympics. 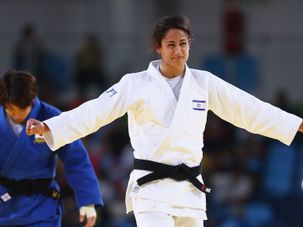 The Israeli judo fighter Yarden Gerbi made worldwide headlines after she scored bronze in Rio on Tuesday and secured the country’s first Olympic medal since 2008. Here are five other facts that you (probably) didn’t know about this athlete.