“This video does not exist because I never behaved in this way, and any characterization otherwise is false,” he said in a statement. 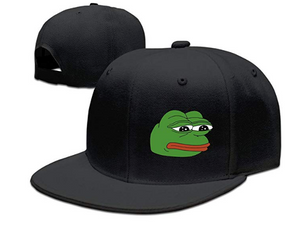 “There appear to be a disturbing number of groups with hateful, racist, and violent agendas making money using Amazon’s platform,” Ellison wrote. 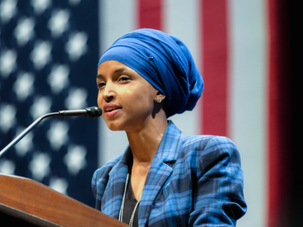 A candidate for Congress in Minnesota has rejected accusations that a 2012 tweet accusing Israel of “evil doings” amounts to anti-Semitism. 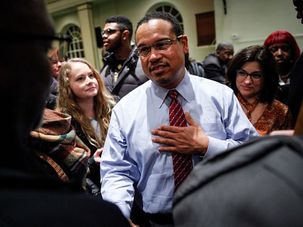 “Now I have to defend myself when that is not what the context of this discussion is about at all, Jake,” Ellison said. 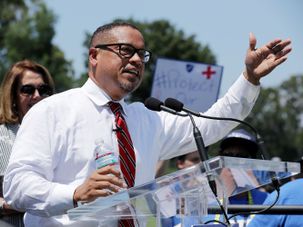 The deputy chairman of the Democratic Party denies ever having had a relationship with Farrakhan, the anti-Semitic leader of the Nation of Islam.

Keith Ellison: I Have Fought Against Hate My Entire Career

The right’s attempt to split the Jewish and Black communities is not going to work, writes Representative Keith Ellison.

The anti-Semitic Nation of Islam leader Louis Farrakhan, whom Ellison worked for before denouncing, was also in attendance.

Ellison condemned Farrakhan in 2006 and 2016, but was at the same dinner as both Farrakhan and Iranian President Hassan Rouhani in 2013.

Treasury secretary Steve Mnuchin faced a tough hearing on Capitol Hill Thursday when he was grilled about his days a banker. Mnuchin was the head of OneWest Bank, one of the leading providers of mortgages that became unsustainable after the 2008 economic meltdown and led to many foreclosures.