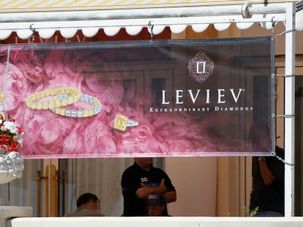 The theft of diamonds and jewels owned by Israeli billionaire Lev Leviev could be the largest jewelry heist in years after the worth of the stolen jewels was estimated at $136 million.

In what the New York Post has deemed a “Trial by Jewry” the two wealthy owners of the Apthorp apartment house, Lev Leviev and Maurice Mann, have agreed to settle their dispute over the building in a beit din, or Jewish court. The problem is that they can’t agree on a rabbi to oversee the proceedings. The Post writes:

Jewish Voice for Peace vs. Susan Sarandon (and Alan Dershowitz)