Gaetz said last month that he has “reason to believe” Soros is funding the caravan of migrants traveling to the U.S. from Mexico.

There is no evidence that the billionaire megadonor paid the thousands of migrants, or that it’s even a Democratic effort. 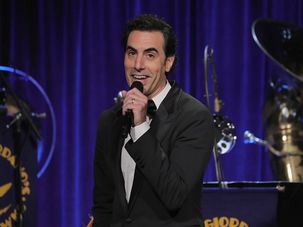 “I can’t wait to see it,” the Florida congressman said.

Rep. Matt Gaetz invited Chuck Johnson, who said that he did not believe 6 million Jews died in the Holocaust, to the State of the Union.

Rep. Matt Gaetz said that he didn’t revoke Chuck Johnson’s ticket after learning of his past because Johnson seemed like “a perfectly polite guest.”