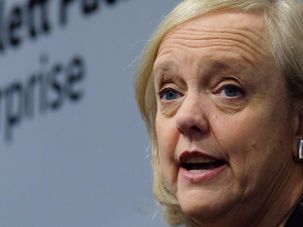 Hewlett Packard Enterprise Co chief executive and Republican donor Meg Whitman reiterated her opposition to Donald Trump as the party’s presidential nominee and compared him to fascist leaders Adolf Hitler and Benito Mussolini, according to media and two sources.

Bagels & Ballots: The Trouble Down South

What’s the Matter With Florida? Jewish Democrats aren’t doing well in … South Florida? What’s up with that? It’s a sign of the times, the Forward’s Washington correspondent Nathan Guttman suggests. “Trailing in the polls is probably the only thing the two Jewish Floridians have in common.” (MitzVote)

These Days, Is Anything Safe?: With three weeks left to this campaign season, it’s looking like seats considered safe by Democrats are getting risky: “As Republicans made new investments in at least 10 races across the country, including two Democratic seats here in eastern Ohio, Democratic leaders took steps to pull out of some races entirely or significantly cut their financial commitment in several districts that the party won in the last two election cycles,” the Times reports. (The New York Times)