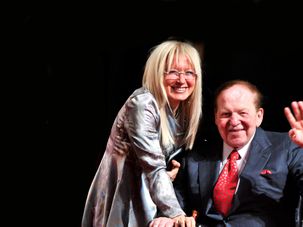 It took a while. But Republican casino mogul Sheldon Adelson finally reached his natural position - as a top election year megadonor.

In the wake of Bernard Madoff’s collapse, Forward alumna Lucette Lagnado looks to the decline of the Jewish mega-donor — and the return of a more humble form of philanthropy, replete with a higher volume of “little checks” and pushkes: