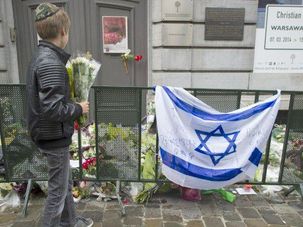 (JTA) – The absence of a European Union definition for anti-Semitism is an “absurd” situation that needs correcting, which also would honor Holocaust victims, the president of the European Jewish Congress told European lawmakers. During his address Wednesday at the European Parliament ahead of International Holocaust Remembrance Day, EJC president Moshe Kantor referenced the 2013 removal…