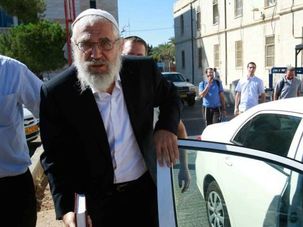 Rabbi Mordechai “Motti” Elon, an Israeli Modern Orthodox leader, was sentenced to six months of community service for his conviction on two charges of sexually assaulting a minor.

On Elon's Indictment and Other Religious Leaders Facing Charges

Several Israeli religious leaders have been in the news recently — and not for their piety. Here’s a quick roundup:

Graphic sexual details from the complaints against Rabbi Mordechai “Motti” Elon were published this week in the Israeli newspaper Yediot Aharonot. The accounts were based on previously unreleased documentation from meetings of the religious Zionist forum Takana, a task force charged with confronting sexual violence in the religious community. Takana decided to release the documents this week, for reasons that remain unclear, and Yediot is gradually publishing the remaining victim testimony, with more details promised in this weekend’s edition.

The Rabbi Motti Elon story was back in the news this week. It seems that despite all the hubbub over the investigation into his alleged sexual abuse of students, and despite his agreement not to continue teaching, Elon has been giving classes, some of which are even being posted on the Internet by his fans.