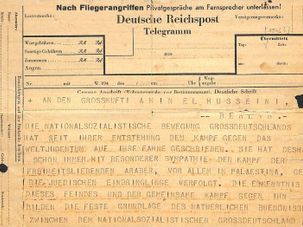 Supportive Telegram From Himmler To Grand Mufti Unearthed In Israel

A telegram from Heinrich Himmler to the Grand Mufti of Jerusalem in 1943 was found in the archives of the National Library of Israel. 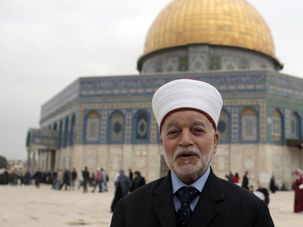 The grand mufti of Jerusalem has condemned the agreement approved by Israel’s Cabinet to establish an egalitarian prayer area at the Western Wall.

Israeli Prime Minister Benjamin Netanyahu said he did not mean to suggest the Nazi attempt to exterminate Jews depended on the Palestinian mufti of Jerusalem. 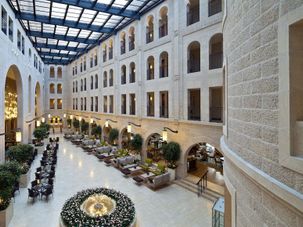 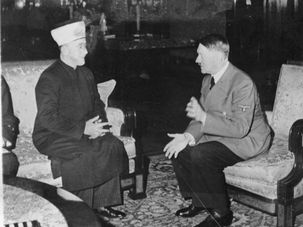 So, Who Was Haj Amin al-Husseini Actually?

When Israeli Prime Minister Benjamin Netanyahu blamed Haj Amin al-Husseini, the mufti of Jerusalem prior to the establishment of Israel, for inspiring Hitler to exterminate the Jews of Europe, he meant to show the long history of Palestinian anti-Semitism.

Israeli police arrested the top Palestinian Muslim religious leader in Jerusalem on Wednesday and questioned him for six hours about a fracas between Palestinians and Israelis at al-Aqsa mosque before releasing him without charge.