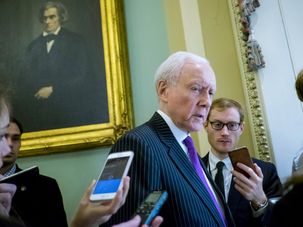 Hatch, who announced his retirement from the Senate after 40 years, is a Mormon who loves Hanukkah so much that he wrote a song about it.

Two key U.S. Senate Republicans signaled they would be open to considering after the Nov. 8 presidential election President Barack Obama’s Supreme Court nomination of Merrick Garland, the centrist judge who was set on Thursday to begin meeting with senators.

On the Heels of Hatch’s Hanukkah Song, the Ballad of Mormon by a Jew

Thanks, Orrin Hatch for the most publicized (first-ever?) Mormon-rendered Hanukkah Song. Conan’s self-proclaimed only Jew Max Weinberg returned the favor last night with a little ditty for the Mormon community to sing at Christmas time. Doubt they will though, since its purpose is to count all the ways in which the singers know nothing about Mormonism besides the names of celebrity Mormons like Katherine Heigl and Mitt Romney: 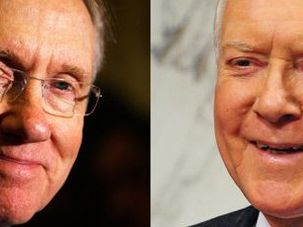 Utah Senator Orrin Hatch isn’t the only Mormon legislator with a soft spot for Jewish traditions.