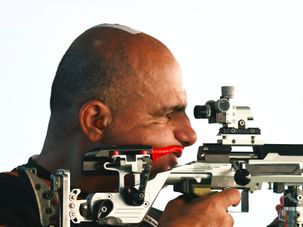 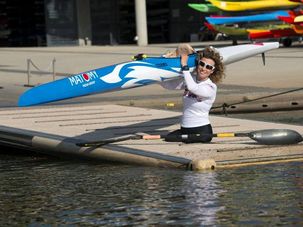 Meet Pascale Bercovitch, the Inspirational Paralympian Who Lost Both Legs and Is Rowing for Gold

At age 17, Pascale Bercovitch slipped under a train and lost both of her legs. This week, at age 49, she is competing for the third time at the Paralympics. 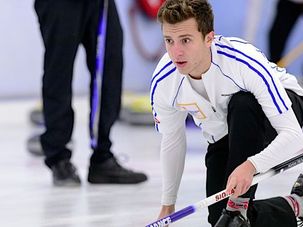 Israel’s national curling team was only formed this year. Can it reach the Olympics in a winter sport where you throw 42-pound granite rocks along an icy surface? 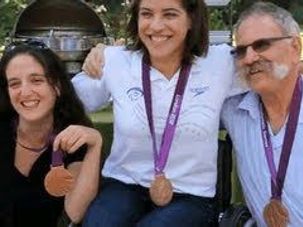 President Shimon Peres & PM Benjamin Netanyahu hosted Israel’s Paralympic team, returning from a successful campaign in the London 2012 Paralympic games. President Peres told the members of the Israeli delegation: “It is a victory of the spirit, it is a triumph of the soul.” PM Netanyahu told delegation members: ” You represent the Israeli spirit at its best.” Visit the MFA’s Social Media Channels: Facebook - www.facebook.com www.facebook.com Twitter - www.twitter.com www.twitter.com Find us on Instagram: @IsraelMFA @StateofIsrael 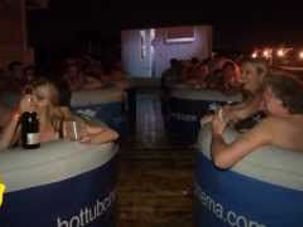 In London there is a whole new way to watch movies that has trendsetters flocking to get undressed. The Hot Tub Cinema is perched on a roof-top in the city’s fashionable East End and allows customers to get up close and personal with other scantily-clad moviegoers whilst enjoying a film. Hot Tub Cinema founder Asher Charman: “We wanted to watch a movie, we wanted to use the hot tub, and we just thought why don’t we project it out the kitchen window onto a bed sheet on the washing line and see what the results will be, and that was how it was born.” Customers seem to be enjoying the party atmosphere of the event and even the Paralympic Gold Medal winning British mixed four rowing team attended to celebrate: Mixed Four Cox Lily Van Den Broecke: “On Sunday we won the gold in the mixed cox four event at the paralympics. So this is the perfect celebration night for us.” The film itself doesn’t seem to matter too much with people having far too much fun getting to know their tub mates and drinking champagne. 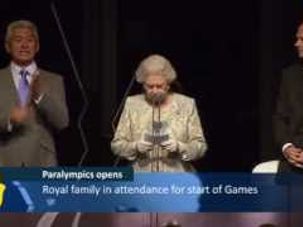 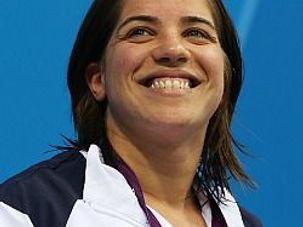 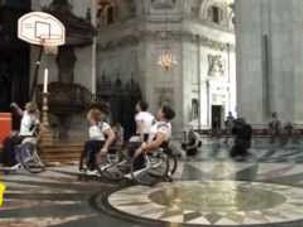 This year’s Paralympics in London is somewhat of a homecoming for the event as the idea of in international sporting event for disabled people traces its roots to a hospital close to London where a Jewish doctor Ludwig Guttmann first launched a sporting competition for people with spinal injuries. In 1917 Guttmann was a volunteer in an Accident Hospital for Coalminers in Germany where seeing men with spinal injuries gave the young doctor a life-long passion that such injuries need not be a death sentence. Guttman eventually fled Nazi Germany to the United Kingdom and during World War II he was asked to set up a spinal care unit at Stoke Mandeville hospital, 100km from London to help returning war veterans. In 1948 Guttmann organized an archery competition for 16 patients which he then repeated every year. In 1952, the games became international when a team of Dutch former soldiers was included and eventually the Paralympics became recognized as a sister event of the main Olympics on 1988. Guttmann was knighted by Queen Elizabeth in 1966 and died of heart failure in 1980. A status of Guttmann will be present at every Paralympics, which this year will bring together over 4000 disabled people given a chance to showcase their talents through the vision of one of history’s unsung heroes. 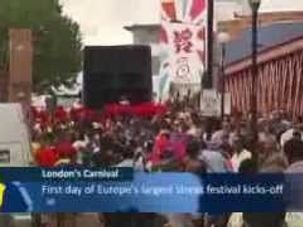 Revelers let loose on the first day of Europe’s largest street festival in Notting Hill, carrying forward celebrations from the Olympics and Paralympics as well as the anniversaries of independence for Jamaica and Trinidad and Tobago. 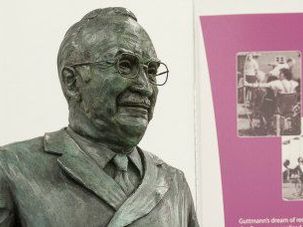 Sir Ludwig Guttmann, whose groundbreaking treatments provided the platform for what has become the Paralympics, is getting recognition at last.