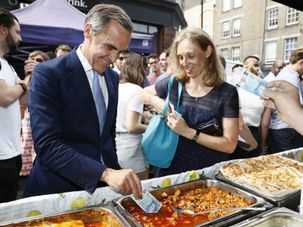 Britain’s New 5-Pound Note May Not Be Kosher

It may be “chewable, washable and harder to fake,” but Britain’s new 5-pound note may not be kosher.

George Soros, the billionaire who earned fame by betting against the pound in 1992, said that a British vote on Thursday to leave the European Union would trigger a bigger and more disruptive sterling devaluation than the fall on Black Wednesday.