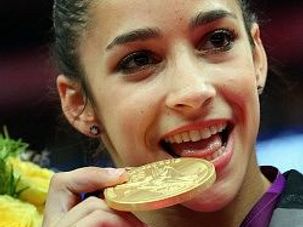 The amazing story of Aly Raisman’s gold medal hooked Hannah Rubin. She was disappointed to find out the results early but was glued to the tube anyway.