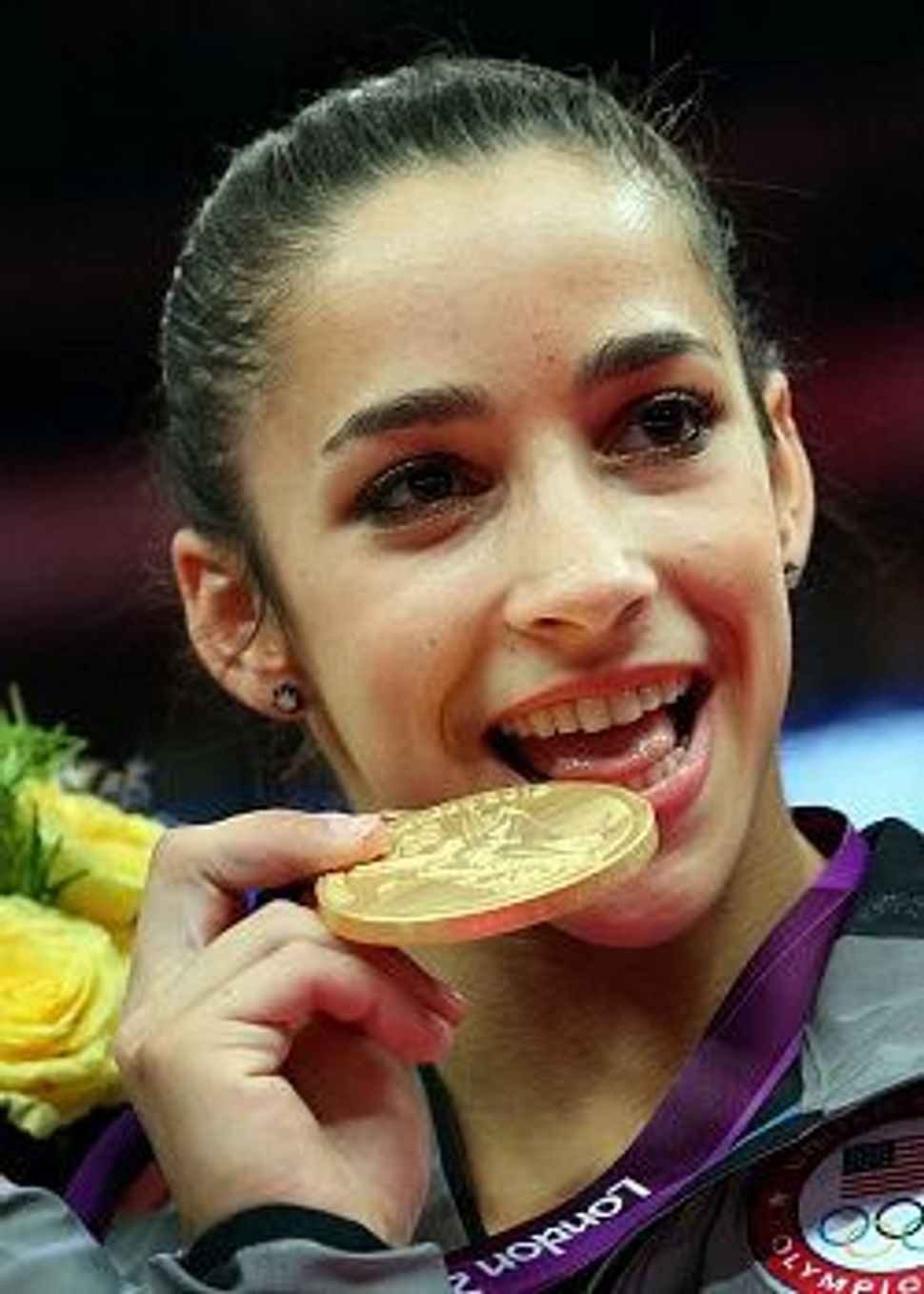 I didn’t expect to actually care about the Olympics. Even though I grew up in a house of guys, with baseball bats and football cleats and ESPN constantly running through the TV room, I was never that interested in watching televised sports.

I like playing soccer. I do not like watching tiny ant-people scurry across a screen, chasing or trying to whack a barely visible ball.

BREAKING NEWS UPDATE: Hannah Rubin watched the Olympics on TV, even though she knew the results. She says it was “still fun” watching the Russians stumble.

Somehow, the Olympics are different. The mix of silly nationalism, hokey sportcasters, and soap opera-style mini-documentary segments all come together in this perfectly ostentatious and absurd display of absolutely guilt-free leisure. There is nothing I like better than lounging on the couch, with home-cooked pizza and a beer, watching others perform to the height of their athletic ability, on the world’s biggest stage.

Sometimes, when I watch Ryan Lochte’s arms pump up and down in his swim line, I get to imagine, for a second, that if I tried really really really hard, maybe I could do that too. For a few seconds, anyway.

As a writer for the Forward, I had been trailing Jewish-American Aly Raisman. I even wrote a bio about her for last week’s print edition. She was the perfect candidate to be profiled: young, bubbly, athletic, and best of all, Jewish.

SPOILER ALERT! Aly Raisman will go for the individual gold medal around 11:30 Eastern time on Thursday. Don’t say you weren’t warned to avoid your TV (and computer, phone and friends).

And then, on Sunday night, as my friends and I plopped down on the couch and flicked the channel to NBC, there she was, her face plastered across our tiny screen. Brown hair seemingly spray-painted across her scalp with heavy silver earring, she bit her lip in anticipation for her turn on the balance beam. Damn, I thought, this girl can do a leaping split!

Throughout pretty much the entire event, my stomach rolled with excitement, anxiety, happiness, and fear. As an onlooker, a huge aspect of the Olympics thrill is that edge-of-your-seat medley of spectatorial emotions. I still have fingernail marks in the palm of my hand, from my anxious fist-clenching as I watched Sunday night’s U.S. qualifying round.

And then, at the last moment, her floor routine to the tune of ‘Hava Nagila’ earned her a near-perfect score. She knocked out former world champion Jordyn Wieber, and grabbed her a place to contend for the individual all-around gold medal.

My mouth hit the floor. I felt like I was having a baby. Or a pan of really really cold water had fallen on my lap. Or someone had just injected a shot of steroids into my shoulder. I’m not exaggerating. The Olympics are like crack.

After the stunning results of this competition, the only question on everyone’s mind was whether or not Jordyn’s defeat and Aly’s triumph would negatively effect the U.S. team’s ability to win a team gold. The U.S. hadn’t won a team gold since 1996, and then for 44 years prior to that. Winning this gold would, ostensibly, be making history. Newscasters used words like “dream destroying” and “soul crushing” to explain the potential for the upcoming event.

And, then, after all of this, how did I end up finding out? Sitting at my office at work. A picture flashed across my screen. There was Aly, all leotarded-up, face puckered with tears of joy, holding her arms up in triumph. She had won. The U.S. team got the gold.

My stomach dropped out again — in disappointment. Because of the time difference, and work schedules, and, well, life I suppose, most of the Olympic events take place during the work day. NBC runs them later in the evening, and pulls out all the stops — creating narratives and story-lines with ready-made mini documentaries about each athlete, in order to combat the staleness of watching pre-recorded sports events. But still, 80% of watching the Olympics — the heart-wrenching, who-knows-whats-gonna-happen gestalt that make them so viscerally lovely — is being able to be watch them without knowing what happened.

But, it won’t be the same. And there won’t be any fingernail marks on my palm, because the anxiety of the uncertainty won’t even be allowed a single flutter.