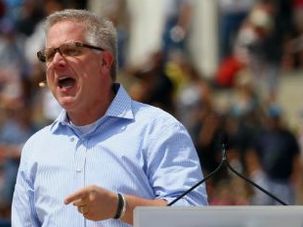 Who Is Coming To Israel With Glenn Beck?

Glenn Beck fever is sweeping the Holy Land. The controversial American broadcaster has got Israel talking about the rally he is planning for Jerusalem in August.