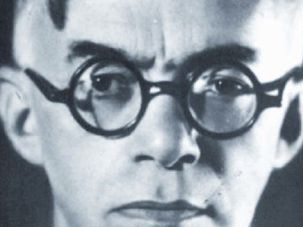 Auschwitz—this is the infamous wartime camp in Poland where the Germans are said to have killed at least one million Jews in homicidal gas chambers, misusing the insecticide called “Zyklon B.” Auschwitz has become a buzzword for the Holocaust. It is said to have been the epicenter of this mother of all genocides. Here, the Germans are said to have employed their engineering ingenuity in order to mass murder their helpless victims in an industrial fashion with the highest efficiency possible. First they were shoved into chemical slaughterhouses by the thousands, then their corpses were burned in rapid sequence in crematory ovens

This must watch documentary explains how Treblinka, Sobibor, and Belzec were not death camps, thereby debunking 1/3 of the holocaust. Asks questions like, “Would the Germans have really put a fence made out of tree branches around a deathcamp?” Banned at Youtube. 4 hours 15 min.

When History Is Closed for Debate

A new French law bans denial of the Turkish genocide of Armenians. It’s disturbing when a government seeks to bury history instead of revising it, Robert Zaretzky writes.