Germany was ordered to pay the heirs of a Jewish department store chain nearly $68 million in restitution and interest for properties confiscated by the Nazis. 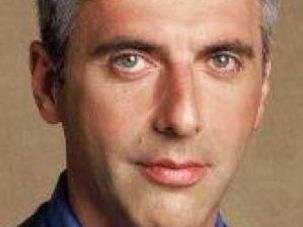 The Israeli financial newspaper, Globes, reported some more details on Leonid Nevzlin’s recent purchase of 20% of Haaretz. I wrote about the initial news on Sunday and wondered whether this said something about the political diversity of the Russian Jewish community in Israel. The idea that Nevzlin — even if only a constituency of one — was revealing himself as a Russian Jew of the left by buying part of (and helping to keep alive) the biggest leftist brand around hinged on him signing on to the paper’s editorial line.

The Israeli paper Haaretz, reported yesterday that Leonid Nevzlin, whom I described last year as the Russian oligarch “who got away,” just purchased 20% of the company’s shares. Its value: 700 million shekels. This leaves the legendary Schocken family, owners of the paper since 1937, with a 60% stake (David Remnick recently had an illuminating profile of Amos Schocken), and the publishing company DuMont Schauberg of Cologne, Germany, with the last 20%.