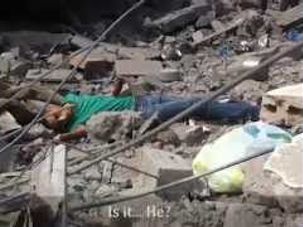 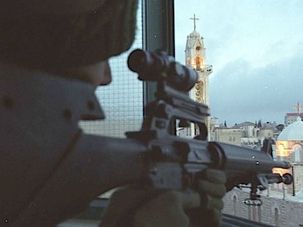 Gershon Morris served in an elite Israeli combat unit guarding the Gaza border. He recalls being ordered to shoot a Palestinian suspect — and returning to normal life days later.

The Sniper Who Killed Me: Syrian Photog Films Own Murder

A Syrian civilian in the city of Homs ran onto his roof with a video camera to film the shooting outside his house. Eventually he focuses on a uniformed gunman in a nearby building who takes aim at him and shoots. A few moments of silence, and then voices of grief approaching. Haaretz has the story. Syrian oppositionists released the film clip on Youtube: