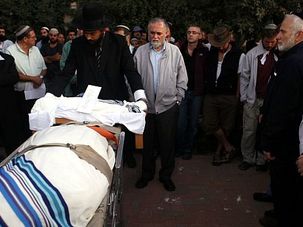 Stone-Thrower Who Killed Father and Toddler Gets Two Life Sentences

A Palestinian man convicted of the murder of an Israeli man and his infant son in a rock-throwing incident was sentenced to two consecutive life sentences and another 58-year sentence. 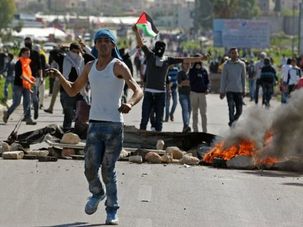 Some Israelis were angered by Amira Hass’s piece on Palestinian stone-throwing. But only those who have seen the occupation can understand those who resist it.

Unidentified assailants near Paris wounded a Jewish woman in her sukkah, one of three serious incidents in the last week and indicative of a reported 45 percent increase in anti-Semitic attacks in France in the first half of this year.