Two leaders of Ukraine’s ultranationalist Svoboda Party have been banned from entering the United States for their open anti-Semitism, a Ukrainian daily reported. 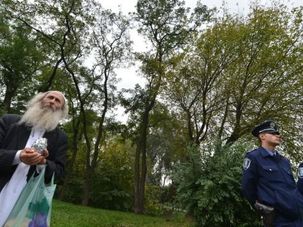 Marching in formation, six young men in dark jackets approach an anti-government rally in Cherkasy, a city some 125 miles southeast of Kiev.

The Ukrainian ultranationalist Svoboda Party has made unprecedented gains in the country’s parliamentary elections, where it garnered 12 percent of the vote.