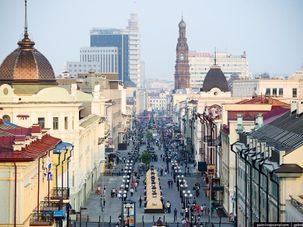 KAZAN, Russia (JTA) — Hundreds of Israeli and European Jews convened in the capital of the predominantly Muslim Russian state of Tatarstan for an annual Jewish music festival as well as a Jewish learning Limmud FSU conference. The two events, which coincide with a third — the Sept. 4 European Day of Jewish Culture — kicked off Friday… 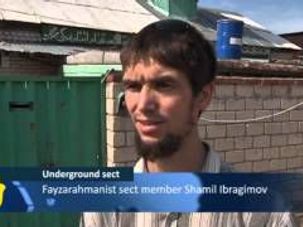 A member of an Islamic sect in Russia that has been underground in a basement for more than a decade says that the groups’ living conditions aren’t as bad as they’ve been portrayed in the media. Russian police earlier this month raided the compound, where they say the reclusive group had hidden 27 children between the ages of 1 and 17, none of whom had never left the property, attended school or seen a doctor. Authorities discovered the children while searching the compound as part of an investigation into the recent killing of a top Muslim cleric in Tatarstan, which is home to Russia’s largest Muslim community. Parents have been charged with child abuse after police found the children living in the dirty compound, but one member says things aren’t that bad and that they’ve been unfairly targeted for their religious beliefs. Shamil Ibragimov, member of Fayzarahmanist Sect “Every family had a separate room. There was a bathroom on every floor, a sink, tiles, a gas tank… “Even if they (the authorities) have some sorts of demands, for example that there isn’t enough space, then let them give us the space, the apartments. Let them give it to us, so we can live in peace.” The group is led by an 83-year-old cleric named Faizrakhman Satarov, who declared himself a prophet and announced that his house is an independent Islamic state. Russian authorities say they may prosecute him for rejecting state authority.

We can now add Kazan, the capital of the Tatarstan Republic in the Russian Federation, to the list of cities that host international Jewish music festivals. Early in June, the city was the site of Tatarstan’s first-ever Jewish music festival, which featured performances by artists from the U.S., Israel, Russia, Ukraine, Austria and Cuba.