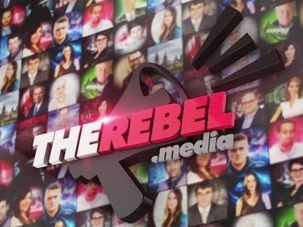 The Rebel, often referred to as “Breitbart North,” was dumped by its domain provider, days after similar firms stopped hosting neo-Nazi websites.

Canadian outlet Rebel Media — whose other co-founder is Jewish — had made payments to the organizer of the Charlottesville white supremacist rally.