JERUSALEM (JTA) — Yishai Schlissel, who is serving a life sentence for stabbing six marchers at last year’s Jerusalem Pride Parade and killing a 16-year-old, was arrested in prison for a violent plot against this year’s march. Israel Police cleared for release Thursday, hours before the scheduled start of the march, that Schlissel was arrested…

The mother of the man who stabbed six marchers in the annual Jerusalem Gay Pride parade said she regrets her son’s actions. 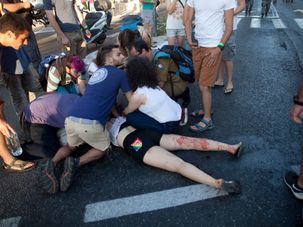 Jerusalem Pride Organizer: 'It Was Horrible'

Tom Canning, Director of Development at the Jerusalem Open House and one of the organizers of the Jerusalem Pride March, speaks to our own Jay Michaelson about what he saw last Thursday, and who he thinks is to blame for the stabbing at the march.

If only the stabber at Jerusalem’s gay pride parade had paused to speak to the marchers, he would have realized how much he had in common with them, Ysoscher Katz writes. 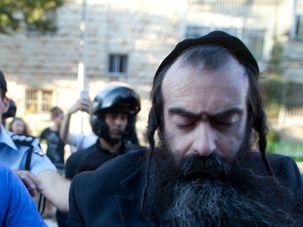 The stabbing attack at Jerusalem’s gay pride parade on Thursday was the result of a failure by police intelligence. Jerusalem police admit that they knew Yishai Schlissel was released from prison in June after serving 10 years in Ma’asiyahu prison for a similar stabbing attack at the 2005 Jerusalem Gay Pride parade, where he wounded three people.