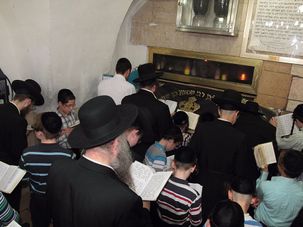 In a communal prayer service, we are not spectators and ought not to consider ourselves so. 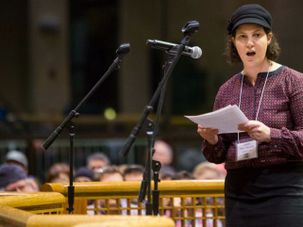 On Women Rabbis, We All Talk Past Each Other. Here’s Why.

Liberals find it difficult to fathom why Orthodox Jews won’t allow women rabbis. Could it be because conservatives inhabit a much richer moral world?

‘Religion Is Actually Spirituality’: An Exchange

Last month, our Jay Michaelson, in a column titled “Religion is Actually Spirituality,” argued that “even the most diehard, hyper-rational, Lithuanian Orthodox, High Reform, or otherwise non- or anti-spiritual religionists perform religious acts because they want to feel a certain way. In other words, religion is a form of spirituality.” Michaelson’s take on the relationship between religion and spirituality drew spirited retorts from readers Aurora Mendelsohn, a Toronto biostatistician, and Alan Krinsky, a monthly columnist for the Jewish Voice & Herald in Providence, R.I. Their critiques are published below, as is Michaelson’s response.