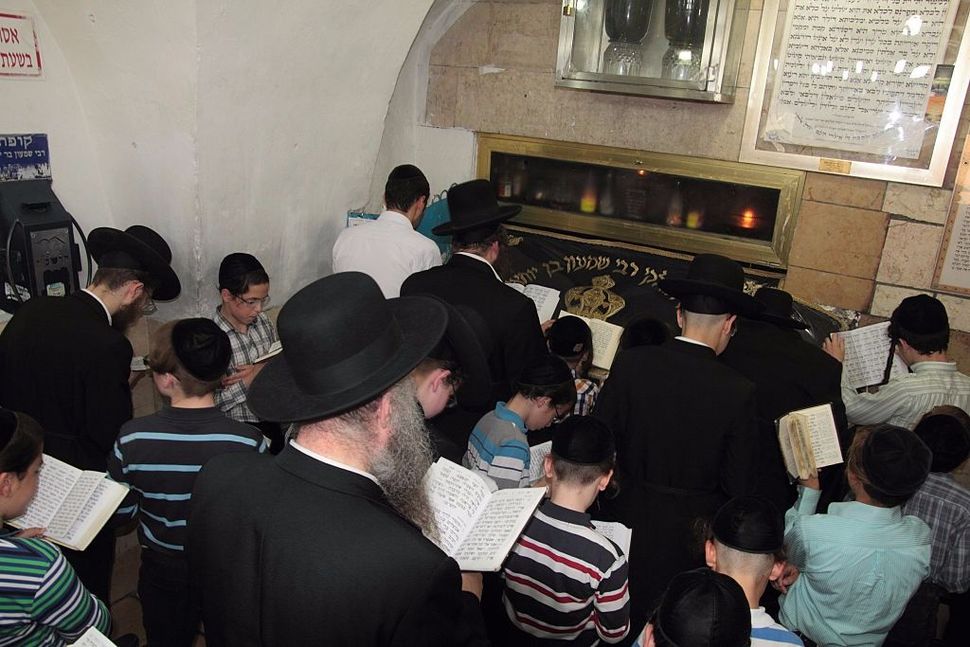 Jewish Communal Prayer: to what might we compare it? To a symphony performance….Are we spectators in the music hall, or players in the orchestra?

To what might we compare it? To a dramatic play….Are we spectators in the theater, or players on the stage?

To what might we compare it? To a team sporting event….Are we spectators in the stands, or players on the field?

The synagogue sanctuary — what is it? Is it a music hall, a theater, a stadium? Or, is it a stage, a field?

How does one behave as the member of an audience, attending a dramatic or musical performance? One listens, watches, observes, enjoys, critiques in one’s mind. One keeps silent, out of respect for the performers and for others in the audience. Outside of intermission, one does not crinkle wrappers or talk on a cell phone. And when folks fail to adhere to these behavioral expectations, we shush them, or we urge them to leave.

How does one behave as a spectator at a sporting event? Differently. One can arrive late, leave early, come and go at will. Chatting and even shouting are normal behavior.

How, by contrast, does one behave as a musician or an actor or a player on a team? One must arrive on time for the event (and on time means early). One must remain active and focused on his or her role. In the middle of a performance, there is no extraneous talking, no playing other songs, no answering cell phone calls, no forgetting to turn off one’s phone, no looking at one’s phone during the performance or event, no wandering about. Even when someone is not a central actor in a play, or when a musician is not playing at a particular moment, or when someone is not the quarterback or such, he or she must, in effect, stay in character.

Does this phrase sound incongruent? How many of us experience it on a regular basis? How many on even an occasional basis?

What makes an orchestral performance, a staged play, a sporting contest meaningful? Whether as players or spectators, we experience these events as meaningful when they fulfill their purpose, when the performers exercise their mastery. When the members of the orchestra, playing so many different instruments, produce together wonderful, harmonious sounds. When the actors inhabit their characters and bring them and their words to life in our imaginations. When the players on a sports team work together and use their skills to score and to defend against their opponents. However, when players fail to work together, we get a discordant symphony, an unconvincing drama, a losing team.

Meaningful Jewish Communal Prayer? The three metaphors above make the problem clear: in the synagogue sanctuary, most of us imagine ourselves spectators rather than players.

If we think of ourselves as spectators viewing a performance, at best we will feel distanced, and maybe we will try not to forget to turn off our cell phones. Perhaps we will try not to talk too much, at least not outside of intermissions, though we might conjure up pretty broad definitions of what constitutes an intermission. At worst, we will consider ourselves like spectators at a sporting event, where we place no limits on our talking, where our arrival, presence, and departure are all irrelevant to the game. True, we may find the synagogue experience meaningful as a social activity, but not as a religious or spiritual experience.

Well, I think the time has come for us to wake up: in a communal prayer service, we are not spectators and ought not to consider ourselves so. Indeed, we are there to pray. We are not only prayers, we are players. Important members of the team. Perhaps only one individual at a time is the prayer leader, a conductor or lead or quarterback of sorts, but all of us are members of the orchestra, the cast, the team.

We might even suggest that in a sense, not only are we not spectators, but that for our prayers, there is another audience: God.

Imagine, then, if we arrived at the sanctuary early, to warm up, or get into costume, or tune our instruments, so to speak, and then entered the sanctuary on time, as if onto a stage or field. And then prayed together as a team, harmonizing our voices, speaking our lines with intent and emotion, making the bows and other motions at the appropriate times. Consider how different our prayer experience might be.

If a musician does not want to play according to the expectations of the orchestra and audience, neither this musician nor the other musicians will have a satisfying experience. And of course the audience will not either. If an actor or actress proves unwilling to play the part and deliver the lines (including the occasional lines of a minor part), the play will not make sense, and the audience will leave disappointed. If sports players just stand around and do not run or block or such, their team will fail, and the fans will harangue the players.

The arts and sports can be wonderful experiences in this world—but so can prayer. Let us consider the matter: with communal prayer, we have an audience with God, we are conducting a conversation of sorts with our Creator. Why build a space — the synagogue sanctuary — for this very encounter and then do anything and everything to undermine its very purpose and meaningfulness? Why drape the words of God with magnificent coverings and crowns and place them in a special cabinet and then not listen carefully to these words? Why stand before God as members of a prayer community and engage in behaviors we would not tolerate from players in a symphony orchestra or theater troupe or sports team?

Musical and dramatic and sporting performances meaningful, and we expect meaningfulness from them. The question is why so many of us appear to prefer meaningless Jewish communal prayer? Why do we expect and accept to be spectators and not players? If we act like spectators because we do not feel the presence of God in the sanctuary, we no doubt turn this into self-fulfilling prophecy and make the sanctuary an inhospitable place for encountering God. For those who do not want such an encounter, who enter the sanctuary only for social or other reasons, perhaps they should choose another place to not have this encounter—and leave the sanctuary for those seeking it? Why insist on not having this encounter in the one place dedicated for this challenging endeavor?

Alan Krinsky is a writer and a senior healthcare analyst. His essays have appeared in The Forward, Jewish Action, Conversations, The Providence Journal, The Huffington Post, and the Rhode Island Jewish Voice & Herald.