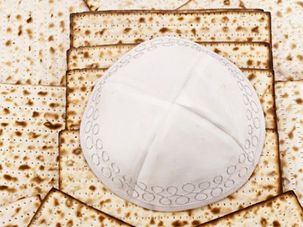 At Men's Only Seders, Challenges of Modern Jewish Man Are the Focus

All-male Seders conducted annually by the Men of Reform Judaism give participants a place to talk about the challenges faced by the modern Jewish man. 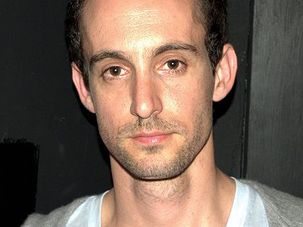 Ivri Lider has been chosen to represent Israel at the European MTV Awards, taking place in Madrid on November 7. He beat out HaDag Nachash, Sarit Hadad and Infected Mushroom in an online vote for best European act, Ynet reported, which begs the question: Has Israel produced any relevant musical talent in the last decade?

In a whirlwind affair, 30 year-old Israeli grandmaster Alik Gershon broke a world record Thursday when he played 523 people simultaneously. The display took place in Rabin Square in Tel-Aviv and lasted over 19 hours.

Polish officials are refusing to return the Holocaust diary of survivor Baruch Milch at the request of his daughter, Israeli composer Ella-Milch Sheriff, citing the diary as an important historical artifact that belongs to the nation. The diary provides a detailed account of the Nazi’s occupation of Poland during World War II as well as Milch’s own harrowing story, including the shooting death of his 3-year-old son. Polish officials claims they are bound by guidelines concerning historical records made by private individuals.

Israel Gets Glammed Up

Israel received a star-powered bump last night when Hollywood’s finest came out in support at a glittery, star-studded gala. The event, “From Vision to Reality,” took place at the Kodak Theatre, home of the Oscars, and was hosted by the Citizens’ Empowerment Center in Israel. Notable guests included Jon Voight, Israeli-American producer Avi Arad and Beverly Hills Mayor Jimmy Delshad. Notable no shows included Toby McGuire (probably busy spidey-ing around town), Natalie Portman (visiting Sukkah City?) and Arnold Schwarzenegger. Tickets cost $1000 each and the money was donated to educational projects assisting Israel’s youth. Voight presented Arad with a lifetime achievement award and, according to YNet, said that anyone who goes against Israel “is playing a dangerous game.” I guess he would know.