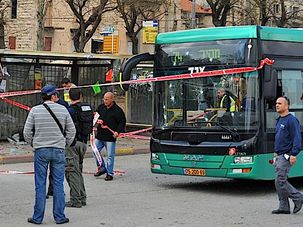 Journalism professor Ari L. Goldman was en route to Jerusalem’s Jaffa Gate when a bomb went off at a Jerusalem bus stop nearby. He recounts what it was like to witness the attack.

Abraham Michael Rosenthal of The New York Times, who died last week at the age of 84, was eulogized Sunday as a great foreign correspondent, a formidable editor and a compassionate columnist. He was indeed all those things, but he was also a Jew who did so much over his brilliant 60-year career to honor the memory of the Holocaust and to support