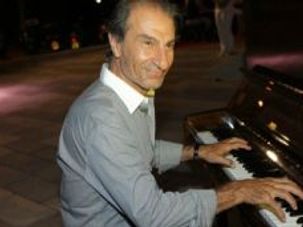 The mass exodus of Jews from the former Soviet Union in the past decade has created a unique quandary for Jewish schools: How can educators help immigrants’ children maintain links to a country they don’t know, and imbue them with knowledge of a religion and culture that is often unfamiliar to their parents?The Shalom School in

By virtue of the Rhodes Scholarship he was awarded in November, Daniel Helmer is scheduled to study at Oxford University this fall. Before he heads to England, however, he is going to Iraq.Helmer, a 22-year-old from Colts Neck, N.J., was an academic overachiever as an undergraduate. He was also a member of the gymnastics team, president of the

Judith Brodsky has never been shy about tackling controversial issues. The printmaker has used her art to decry the environmentally corrosive effects of industrialization in New Jersey and to examine the struggle for gender equality in the curatorial profession.In “Memoir of an Assimilated Family,” on display at the Aljira arts center, Brodsky

More than 600 friends, family and public figures gathered in Montreal to bid farewell to Dora Wasserman, the grand dame of Yiddish theater who fled war-ravaged Eastern Europe to form the only resident Yiddish theater in North America. Wasserman died December 15 of natural causes in Montreal. She was 84.

PLAYING GAMES WITH THE NAZIS

There was more on display at the 1936 Berlin Olympics than just athleticism. For Adolf Hitler the Olympics provided a world stage to showcase Germany’s Nazi regime.The 1936 Games are the focus of the exhibit “The Nazi Olympics: Berlin 1936,” on display at the Holocaust Museum Houston. Using photographs, historical documents, propaganda

This past August, following a performance of Richard Wagner’s “Tristan und Isolde” in Rio de Janeiro’s opera house, the production’s eccentric Jewish director made sure the audience received a view of the full moon — and it was not to confirm the arrival of Rosh Chodesh.Brazilian prosecutors have charged the

Scientist’s ‘Theory of Everything’ Could Realize Einstein’s Dream

Many observers have anointed scientist Brian Greene the intellectual heir to the late Carl Sagan, the famed author, astronomer and television host credited with popularizing science to a mass audience through his 1980 public television series, Cosmos.“It’s very flattering,” Greene said of the comparison. “Carl Sagan was a hero of