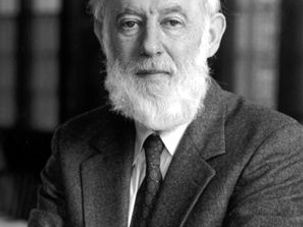 Memoirs of displacement often trace shadows cast by the world departed onto the world gained. In his new autobiography, literary theorist Geoffrey Hartman outlines in just this way the lasting effects on his life of the violent upheavals of the 20th century.

Islamic terrorism is the new totalitarianism. At least that’s the impression one gets from some Western commentators these days. In “Terror and Liberalism,” Paul Berman invoked totalitarianism in order to explain the strikingly modern ideology of Islamism. Joschka Fischer, then Germany’s foreign minister, spoke of a “third totalitarianism.” This past February, Salman Rushdie, Bernard-Henri Lévy and others published a statement calling radical Islam “a new totalitarian global threat.” And last month, President Bush said that today’s Islamic terrorists are “successors to fascists, to Nazis, to communists and other totalitarians of the 20th century.”

This week’s 50th yahrzeit of Isaac Rosenfeld, a brilliant and unjustly forgotten writer who belonged to a brilliant moment in American Jewish writing, offers a good occasion to measure the distance between that moment and our own.Rosenfeld’s story is a strange amalgam of success and failure. Born in Chicago, Rosenfeld was a prodigy, at least

Mandrakes From the Holy Land By Aharon MeggedTranslated by Sondra Silverston Toby Press, 220 pages, $22.95. * * *|In an impassioned 1994 article in Ha’aretz, Aharon Megged, one of Israel’s most accomplished novelists, suddenly permitted himself to address in his own voice the disdain with which many of his colleagues are given to

Heir to the Glimmering World By Cynthia Ozick Houghton Mifflin, 310 pages, $25. * * *|Cynthia Ozick, the fiercely and fearsomely intelligent critic and novelist, has based her latest work of fiction on Winnie-the-Pooh. More precisely, the new book is inspired by the story of Christopher Robin Milne (1920-1996), whose father, A.A.

The Art of Tempting Memory To Speak

Capturing the Meanderings of Memory

Benjamin Balint is the assistant editor of Commentary magazine.The Hooligan’s Return: A Memoir By Norman ManeaTranslated by Angela Jianu Farrar, Straus & Giroux, 385 pages, $30. * * *|In one of Norman Manea’s novellas, “The Interrogation,” the main character, a young woman imprisoned in an unnamed place for an unnamed political

‘There Are More Things in Heaven’

Pushing Time Away: My Grandfather And the Tragedy of Jewish Vienna By Peter Singer Ecco/HarperCollins, 272 pages, $24.95. * * *|Ever since his “Animal Liberation” hit the best-seller lists in 1975, Peter Singer, the Australian-born philosopher and recently appointed professor of bioethics at Princeton University, has been notorious for his